One Thursday night in May I found myself sitting at Café Paradiso (which I often do). But this particular evening, I also found myself chanting, “Let it out! Let it out! Feel free at last, woooo!” along with a full audience of other deliriously happy people as we partook of some local rap.

Fairfield had done it again. It had brought me my favorite kind of music, which turns out to be any music that undoes my mind, stalks me with a beat, or makes me want to shout. That night was clearly a shout-and-feel-it moment for me. But what I am really here to tell you is that this mind-undoing, beat-stalking, shout-evoking music happens here all the time, and sometimes all in one night.

Here’s what I’m talking about: on one Saturday in May, for instance, I could choose among world-famous French-Algerian-born guitarist Pierre Bensusan at Morning Star Studio, Nashville singer-songwriter Gabe Dixon (who was asked to play in Paul McCartney’s band) at Café Paradiso, a contra dance with the live Café Céilí band, or a DJ’d event at the Sondheim, with an after party at the Arbor Bar.

“But, hey, wait a minute,” say the fans of hundreds of super-talented local Fairfield musicians. “We have got the gold right here!” And they are absolutely right. Here are just a few super-tasty examples: 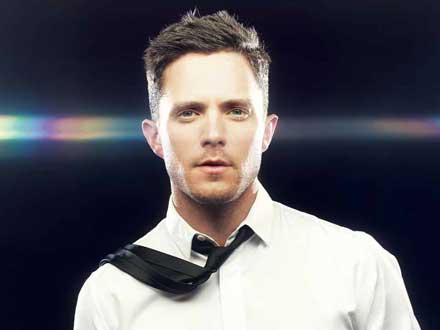 Eli Lieb. Born in New York, Eli grew up in Fairfield. At age 20, he went back to NYC and was discovered. He explored some big labels, put on the brakes, and then retreated to his hometown to write an exciting club-beat-driven album, with the single “Young Love.” Eli just hit 20 million views on his YouTube channel. To the delight and surprise of his fans, it was his cover of Lana Del Rey’s Paradise that was played at the Grammys when her nomination was announced for best pop vocal album.

Tim Britton. Called “a phenomenon” by TIME magazine, Tim Britton is known in Irish music circles worldwide for his virtuosity on the rare Uillean pipes. Hardly limited to that, he crops up in numerous folk-rock bands and recordings as musician, sound engineer, and producer. A Philly transplant to Fairfield, Tim is designated as a “master" by the Iowa Arts Council.

Adrien Daller of Trouble Lights. Trouble Lights, a combination of Adrien Daller’s phenomenal vocals and Philip Rabalais’s innovative and infectious beats,  is a fine example of the ultimate collaborative scene here in Fairfield. Both native Fairfielders, these champions of DIY, together with several local friends, performed, produced, filmed, and designed their electro-dance pop album Endless Prom. Released on all-vinyl Iowa label Maximum Ames Records, it garnered this review from the Ames Progressive: “All you need for a stellar pop record is talent. . . . Huge budgets, glitzy studios, and celebrity producers are irrelevant.”  And 30,000 YouTube viewers seem to agree. 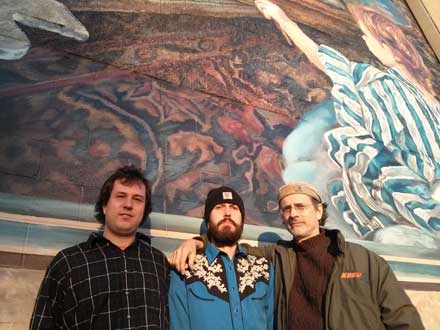 Hurlin Brothers, McLains, Cohens,  and Moore. I have to talk about this genius pool for a minute: David and Eric Hurlin, Steve and Michaela McLain, Jonnie and Gemma Cohen, and James Moore. From this group of super-musicians, in different configurations, we have the Jefferson County Green Band (finalists in the Iowa Blues Challenge), the Apocalypso Tantric Boys Choir, and the Subterranean All Stars (winners in my shout-and-feel-it genre).

When I asked musicians about their experience here, the consensus of the 30 or so (out of hundreds) who responded centered around the unconditionally supportive audience, unlimited collaboration with other musicians, variety of musical experience, and opportunity to incubate and create.

Lauryn Shapter and Dennis James of Truckstop Souvenir brought their original music here from Seattle, recording studio and all. They appreciate the “ridiculous amount of very talented musicians” and the wide scope of musical art, ranging from old-time at the Farmers’ Market to gypsy jazz in the intimate Café Paradiso, to Motown at a sold-out 500-seat Sondheim Center.

Anne Carlisle, a part-time member of Trouble Lights, sees it this way: “I appreciate that Fairfield takes responsibility for its own culture. . . . They genuinely tend to focus on the positive, compared to some other small music towns that can have a palpable vibe of addiction and melancholy. No one moves to or stays in Fairfield to ‘make it’—although there’s an argument to be made in Fairfield’s favor where that is concerned.”

According to Nicholas Naioti, musician and owner of the Arbor Bar (a great new venue for younger bands and the prolific DIY scene), “The music scene in Iowa is what made me decide to move here. It’s unique in its cooperation and unconditional support. There is very little of the cutthroat, competitive nature that you find in some other cities.”

Songstress Sharon Bousquet of All Souls on Deck commented on the “surprising number of venues—from small 20-seaters to a 500-seat theater, and lots in between. Amazing for a town of less than 10,000!”

“We have created a habitat for musicians that they can live in,” says Jefferson County Green Band’s Steve McLain. “The universe is bringing the music scene to me here instead of me having to go out there.”

In the process of delving into this vast subject, a few people (and a radio station) have come to the fore as invaluable facilitators of this magical music scene. Let’s start with the local radio station:

James Moore, a founding member (along with Roland Wells) of Fairfield’s annual outdoor music festival FAIRfest, helped notch up the music scene substantially with this three-day musical avalanche. An outrageous musician himself, James is part of the Apocalypso Tantric Boys Choir, Jefferson County Green Band, and Robert Reeder’s latest project. James is the heart of KRUU, station manager since its inception, and a bonafide radio passionista.

Steve Giacomini, owner of Café Paradiso, has championed at least 400 high-caliber musicians to the venue’s stage over the past 12 years. With help from Tim Britton, sound man, and Keith DeBoer, who runs the weekly Open Mic, Café Paradiso is a haven for musicians both professional and amateur. The café has put Fairfield on the musical map.

Robert moved to Fairfield in the early 1990s after spending 20 years as successful songwriter in L.A. After considering recording  his current CD in Los Angeles and Nashville, he opted for Fairfield, in Tim Britton’s recording studio. The result, he says, is as good as anywhere.

The Fairfield Audience—Like a Cool Drink in the Desert

The bedrock of the local music scene  has to be the unexpected-to-the-newcomer, enthusiastic, appreciative paying audiences who actually deeply listen. There is the famed Fairfield “long clap” and standing ovation. “There is no audience like the Fairfield audience,” says Anaïs Mitchell, who has wowed Fairfield audiences for the past eight years.

The great violist and former Fairfield resident Emanuel Vardi called the Fairfield audience “unparalleled.” Dennis James of Truckstop Souvenir adds, “I’ve had to tell some musicians to prepare for the intensity of having an audience truly listen.”

And though they are a perceptive audience, don’t assume they are too delicate. Anne Carlisle says she remembers when Marco Benevento “blew the roof off of Paradiso” with virtuosity at maximum volume, and people her parents’ age were dancing and yelling while she looked for earplugs.

Is This Music Heaven?

Every musician and music lover I spoke to praised the Fairfield music scene. For some local musicians, however, their praise was mixed with dilemma. Issues arose around freedom of expressing the full range of human emotion in a town known for its “positive” vibe; breaking out of the comfort zone of a nurturing community; longing for exposure to big-city opportunities; and an expectation for musicians to volunteer their time. All valid issues to hear and understand in a growing music scene.

Mostly, though, Fairfield weighs in heavily as a low-stress oasis in a sea of competitive, star-studded music meccas. And if not a perfect heaven, then at least a creative haven for musicians with its enthusiastic audience and vibrant talent pool.

And for music lovers like me, the next shout-and-feel-it experience is always just around the corner.