A production of Romeo and Juliet performed by the Des Moines Metro Opera.

DID YOU know that engagement in the arts is good for your brain? That it can revitalize neighborhoods, promote community ties, start dialogues, build self-esteem, and increase the attractiveness of a community? The arts do all of these things, while also bringing us pure delight, lifting us out of our daily woes and reminding us that the extraordinary is available right where we are, in the midst of cornfields, office parks, and shopping malls.

This month, we present a roundup of Iowa’s performing arts groups and encourage you to explore some of their special offerings during the holidays and the rest of the year, too. 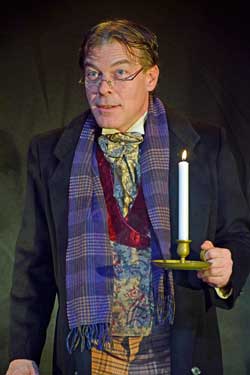 A not-for-profit professional theater in its 43rd year, Old Creamery presents a wide variety of plays each season for audiences of all ages. From November 20– December 14, the Amana-based troupe will be performing A 1940s Radio Christmas Carol.

This contemporary theater company has been presenting cutting-edge works to the Des Moines audience since 1996. Upcoming shows include Neighborhood 3 from November 7–15 and a performance in collaboration with the Des Moines Metro Opera from December 5–7 to support World AIDS Day.

Celebrating its 77th season, the esteemed Des Moines Symphony Orchestra is presenting Beethoven’s Fifth Symphony November 15–16 as one of its several Masterworks concerts. On New Year’s Eve, they’ll team up with Cirque de la Symphonie for a thrilling Pops-meets-acrobatics concert.

An integral part of eastern Iowa’s arts scene, Orchestra Iowa is in its 93rd season. This premier symphony orchestra has a number of exciting upcoming concerts, including a program of  “Old World Wonders” November 7–8, The Nutcracker with Ballet Quad Cities December 6–7, and a “Holiday Spectacular with Chorale Midwest and Discovery Chorus” December 20–21.

This regional treasure performs classical concerts every fall, winter, and spring, as well as several special events throughout the year. Don’t miss your chance to sing along to your favorite Christmas tunes at SEISO’s holiday concert on December 13 in Mt. Pleasant.

Established this year, ConcertIA is a non-profit organization looking to bring musical experiences of the highest quality to Iowa. With two successful opera performances under its belt, ConcertIA is now fundraising for a spring performance of Le Nozze di Figaro.

Serving the region with beautiful choral music for nearly four decades, the Chamber Singers of Iowa City typically perform  three concerts per season, often accompanied by an orchestra. Their next performance, “Polychoral Splendor,” will take place on November 16.

Now in its 23rd year, this Fairfield-based choir performs two concerts a year, in spring and during the holiday season. Every concert features a wide range of musical styles, from Renaissance masterworks to spirituals, traditional world music, and contemporary arrangements.

The Des Moines Metro Opera, founded in 1973, presents over 100 performances during each of its summer festival seasons, making it one of Iowa’s largest performing arts organizations. December 5–7, DMMO will collaborate with StageWest Theatre Company in a performance to support World AIDS Day.

This professional opera company has been bringing high-quality opera performances to eastern Iowa since 1998. Cedar Rapids Opera Theatre performs two to three operas each season. Keep an eye out for their upcoming production of Mozart’s masterful Don Giovanni January 16–18.

This Fairfield-based improv comedy troupe presents several shows a year, featuring both long-form scenes and short sketches that’ll leave you in stitches. Made up of trained actors, the Beards troupe also puts on the occasional play, like last summer’s popular God of Carnage.

The resident troupe of West Des Moines’s The Last Laugh Comedy Theater, Anything Improv puts on three totally unscripted, totally guffaw-worthy shows a week. Looking to up your own funny game? The Last Laugh also offers improv classes and hosts a comedy open mic every Thursday night so you can put your stand-up chops to the test.

Founded in 2003, Paperback Rhino is Iowa City’s longest-running improv comedy group. The troupe performs at least twice a month and incorporates both short-form and long-form improv into their shows. Catch their hilarious season finale on December 5! 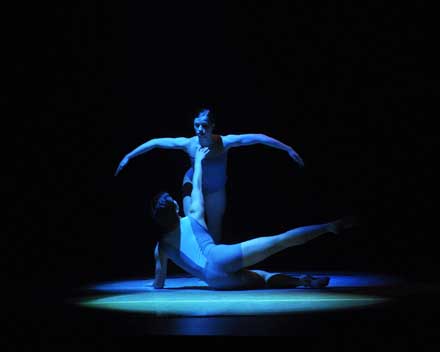 A production from the Quad Cities Ballet.

Serving the Quad Cities with both classical and contemporary works since 1996, Ballet Quad Cities is a staple of Arts Iowa, eastern Iowa’s premier performing arts network. The company will perform The Nutcracker December 6-7 at the Paramount Theater in Cedar Rapids and December 13-14 in Davenport.

Established as a professional ballet company in 2012, Ballet Des Moines celebrates its third season with a trio of programs, including the Christmas classic The Nutcracker at Hoyt Sherman Place December 11–14.

Mr. Nasti and Laid Back | Shoe-Gaze Pop and Post-Disco Pop