Knowledgeable fans know the online magazine Pitchfork as the place to go to discover new music. The site has an audience of over 240,000 readers a day and more than 1.5 million unique visitors a month, and it is so popular that it has been parodied and copied by a host of other web locations. Critics have even called Pitchfork “the Rolling Stone of the 20th Century” because of its ability to launch new bands.

For the past 10 years, Pitchfork has also curated one of the most important rock events in the country. This July 15-17, the Pitchfork Music Festival will feature some of the most eclectic and critically acclaimed acts of the year, including the indie band Car Seat Headrest, avant-garde artist FKA Twigs, electronic soulster Blood Orange, freak folkie Sufjan Stevens, pop icon Carly Rae Jepsen, hip hop artists Anderson Paak & the Free Nationals, and many, many more new and exciting acts. The fest will also include a few old school artists, including former Beach Boy Brian Wilson performing his 1966 album Pet Sounds. For a full line-up of the over 40 bands and a schedule of times, go to http://pitchforkmusicfestival.com/. You can also purchase tickets there. 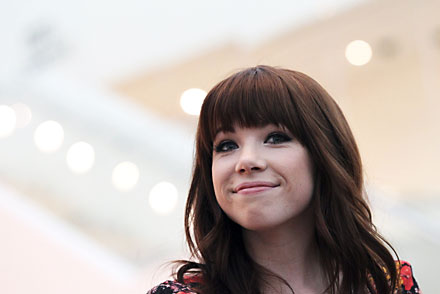 The Pitchfork Music Festival, held at Chicago’s Union Park, is aimed for audiences of all ages and even features an Old Town School of Folk Music Kids Area for young children and families. There will be over 50 individual vendors selling food and wares as well as Flatstock, a gallery of arty rock posters; Chirp Record Fair, a vinyl shop featuring indie and local labels from independent stores; the Coterie Craft Fair, which includes a jury-selected arts & crafts market; and Book Fort, a roving interactive book fair.

The festival will also help to fund a nonpartisan effort to register Chicago-area voters in traditionally underrepresented communities. Ticket buyers will be given the option to allocate $5 of their ticket cost to the voter program, while VIP guests of the festival will be required to make a monetary donation when registering for their guest pass. Pitchfork has also integrated links to online voter-registration tools for every U.S. state, allowing readers and festival-goers to register themselves into its festival website and in the festival ticketing process. 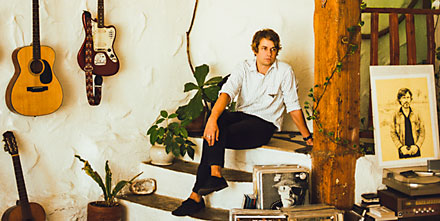 But the main draw for most attendees is the music. I personally can’t wait to see folk rocker Kevin Morby, whose 2016 album Singing Saw kicks serious butt. However, one of the best things about a fest like this is the ability to discover new acts one has not heard before. Pitchfork enjoys a reputation for its discerning ability to find artists deserving of a wider audience and exposing them to the world. It’s one thing to read about music on a website. Seeing and hearing it live promises to be an awesome experience.

Drinks from the Garden: Capture the Essence of Summer in Herb-Infused Concoctions