One of the oldest chill-out compilations series, Cafe del Mar, recently released a new 30-track CD. The series is named after a popular nightclub in the city of Sant Antoni de Portmany on Ibiza, an island off the east coast of Spain. Since the 1980s, the owner of Cafe del Mar sold audio tapes of the music played there. The first Cafe del Mar CD was released in 1994, and the owner formally founded the Cafe del Mar Music label in 1999.

The label describes its music as “the sound that matches the spectacular scenery and spirit of Ibiza,” and it has evolved over the years into everything from ambient instrumentals to electronic dance music with a downtempo beat.

As I sampled tracks for my radio show, I was drawn to music from artists in the UK, France, and Scandinavia. My first-pass downloads are described here. 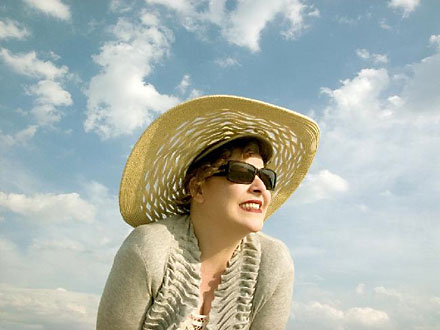 The vocals of Angela McCluskey are featured on “Breathe.”

•       Télépopmusik (France): “Breathe (Kartell Slow Remix).” The original 2002 Grammy-nominated song was released on the band’s first CD, Genetic World, featuring the vocals of Angela McCluskey, a Scottish singer-songwriter.  This extended version was remixed by the French DJ-producer Kartell with more intricate, slowed-down basslines and gentle percussion, making it much more ambient that the peppy original.

•       Zero 7 with Jose Gonzalez (UK/ Norway): “Last Light.” The epic Zero 7 collaboration of Henry Binns and Sam Hardaker (both from UK) first worked with Norway’s Jose Gonzalez on The Garden (2006). In 2015 they produced this track for Zero 7’s EP3. I just love the ambient blues chill motif and Jose’s beautiful lyrics and singing.

Sometimes compilations are disappointing, but this one is a testament to the creative spirit of the Cafe del Mar series. It inspired me to go back through the other 22 disks to see what I might have missed. Maybe it will inspire you, too.