You might think talking to animals is a bunch of hooey, but that doesn’t faze world-renowned animal communicator Lydia Hiby. “I’m a former New Yorker, and we are very skeptical about things,” she said in a phone interview last month. In fact, she welcomes doubters because they become her best promoters. Hiby will making a special visit to Fairfield in early October for a book signing and pet consultations at Revelations Cafe. (Editor’s note: Hiby will return to Revelations Cafe in Fairfield April 12-13, 2019, for consultations and a seminar: 641-472-6733.)

When she was very young, Hiby would walk with her mom in the Connecticut countryside near their home. If they strolled by a pasture with animals, Hiby would always run to the fence and call the horses or cows over to say hello. As she grew up, that natural ability faded into the background, and she pretty much forgot about it. It wasn’t until she began working at a horse barn and encountered another woman with the same gift that Hiby revisited and developed her native talent. Today, after 33 years of working as an animal communicator, Hiby feels lucky that she turned this childhood ability into a career of “being a fairy godmother to animals.”

When you were a child, did it seem like a natural thing to talk to animals?

Yes, funny you should mention it, but I was just talking to my dad about the photo he took that’s on the cover of my book, Conversations with Animals—that’s actually me. I said, “Did you not think that I could have maybe lost an eye, because geese are not known to be very friendly?” And he said, “Oh, it looked like you were having a conversation.” Hence the title.

Everybody has this ability. This is a god-given ability: it’s mother’s intuition; it’s two twins, one burns her hand, the other one feels it. One gal I talked to yesterday said, “I know I’m talking to my animals, but you qualify and quantify everything that I’ve got. There’s nobody else that I could ask this stuff.” And I appreciate that so much.

You were born with a natural ability, but you later studied with an animal communicator. How did that come about? 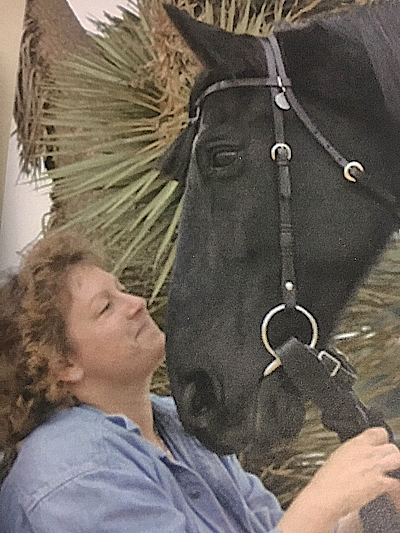 I went to vet tech school to be an animal nurse and I was very happy doing that. But I was also working at a horse ranch in New Jersey, caring for 13 horses personally and feeding all 45 horses every night. The ranch owner said they were going to have this woman from California come out and talk to the animals. I was like, yeah, okay. Because I forgot I had done it as a child.

That woman was Beatrice Lydecker. She had a gallery of people following her from stall to stall that first day. She traveled with a group of German shepherds in training as service dogs, and when she let all eight of them loose in the arena to exercise, I watched her dogs running around having a good time—until they all froze. Here was this one barn cat, who was like, oh no, I am so in the wrong place! So I pushed opened the door and rescued the cat. My trainer saw the whole thing, and said, “You’re an idiot! Why did you go in there thinking that those dogs wouldn’t hurt you?” I said, “Well, I don’t know.” I didn’t think anything of it.

But later in the day Beatrice came up to me and said, “You’re the one that went in with my dogs? I want to talk to you.”

Beatrice told me that when she went from stall to stall, each of the horses I took care of told her that I already talk to them. She said to me point blank, “How do you know how to deal with them?” And I had to think for a minute. A lot of the horses I was caring for had very specific problems. Show horses go through a lot, just like any other athlete. “Well, I guess because I love horses so much, I put myself in their situation and think how I would feel if someone was doing this to me, and what could I do to make it better?” That’s really my philosophy.

Beatrice wanted to teach people. She said, “You have all the background stuff that I need and I could teach you the techniques in a day. Here, read my book, here’s my business card.” And she got in her motor home and took off.

To make a long story short, I drove out to California and started following Beatrice around. Part of my mentorship was taking care of her dogs, doing her office work, and when I finally took the class, I learned how you ask and answer questions.

Let me ask you about the animals you talk to. Are some more talkative and communicative than others? Do you have to coax some of them to talk with you?

I never have a problem getting something out of them. I’ll have a horse go, “Come over here! I have something to tell you.” Or yesterday, I was going to the supermarket and this dog broke free from a lady and ran up to me, and said, “I want to say something to you!”

So they sense an opening?

Yes, it’s an opening. For example, we know that airplanes communicate with each other all the time, but we can’t dial in with our car radio because it’s a different frequency. The way communication works is that if you said you had a cat and he lives in Iowa and his name is Max and he’s orange, I direct my attention there. It’s kind of like I called you on the phone and I’d get images or visible sensations. I step into them and become them and feel from them.

Are there any animals that really made you laugh? That were jokesters? 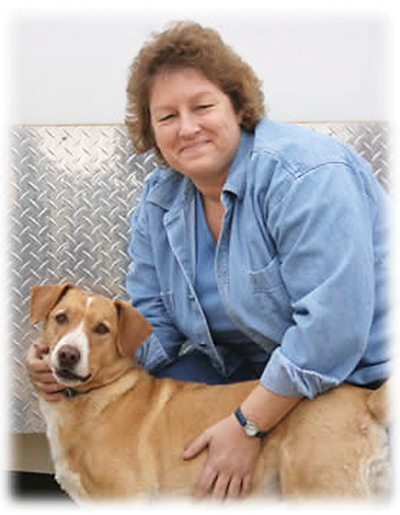 Yes, there are some that have really cheeky personalities. One of my clients was the orange iguana that was in the Phil Collins video. That’s Cire. I met him the first time over the phone doing a conversation. For some reason, I didn’t ask if it was a dog or whatever. I said, “Wow, he’s in the kitchen licking the floor. Why is he licking the floor? It’ll make him sick.” And his owner said, “You’re talking to an iguana!” They had a housekeeper that mopped the floor with Pinesol. He was tasting the floor and it was making him sick. So I asked Cire if he knew what would help him, not knowing what the answer was going to be. He showed me sweet potatoes. The owner checked with her vet and found out that sweet potatoes are very healing to the liver and help to detoxify.

When I finally got to meet Cire in person, he looked right at me and said, “Hey, you’re pretty good looking! Wow, you free later?” I’d been hit on by an iguana!

What are the most important things you’ve learned in your years of talking to animals?

For me, the big takeaway is that they live in the moment. They don’t understand time. So they teach us to be present. Every moment is precious to them.

The second thing is that they only understand positive affirmation. So when we say things like, “Don’t jump on the couch,” we’re actually visualizing jumping on the couch, and that’s what they get. So I always teach people to reframe what they’re saying. Visualize what will happen to them if they don’t. They can understand truth or consequences no matter how old they are.

No just means to an animal “stop what you’re doing.” I’ve had several roommates that have been dog trainers who were told to say “no bark, no bite.” You can see how confusing that is! Because it means stop, now bark at me! Stop, and now bite at me. So what you need to say is no, be quiet; no, be soft; no, be gentle—those kind of things.

Do you ever hear anything you don’t pass on to the owner? Or do you communicate everything verbatim?

My mom always said, treat people with kindness. The first time I had Beatrice officially talk to one of my animals, I was quaking in my boots, because I’m thinking, what if my animal doesn’t like me? What if I’m doing something wrong? It’s a very vulnerable place and I really try to treat that with dignity. So if something comes up, I would gently say to the owner, I think we need to do this and here’s why.

I have a lot of people with rescue animals who want to know their past, but the animal is like, I don’t want to go too deep into that because I don’t want to live there. So I try to gently do it.

Do you ever talk to wild animals? Is that a different process?

The process is the same. When I lived up in Acton, we had a bobcat come through that was injured. He was hanging around the barn looking for something to eat. I got from him, “I’m wild, don’t mess with me.” Okay, fine. So I averted my eyes and pulled my energy back, but I gave him an image of me giving him some food. I went in and got him some raw chicken, and then he softened and was like, oh, okay.

I have also moved baby rattlesnakes, which I wouldn’t encourage people to do! They had popped up around the barn and I heard their voices, “I’m here!” But they’re so very dangerous. I was able to scootch them gently into a bucket, and I told them if they would stay calm I would let them go.

I was on a trail ride once when someone had jostled a beehive and all these bees started coming at us. And I yelled to everybody, “Think love!” and the bees just separated like the Red Sea. I thought, Oh my god, that worked. They were so ticked off that someone had bumped their house. Nobody got stung.

I’ve had butterflies land on me and birds come by and say, “Hey, please put water out for us.” So, yeah, communication is the same, it’s just at a different level.

Is there one thing that you would tell people who care for animals?

Most animals really only want 5 or 10 minutes of our time. Most animals, I would say 85 percent of them, want quality time, not quantity time. Then there are some where 24 hours a day is not enough. So when you’ve been gone all day, just tell them how your day was, because they want to give back. Talk to them in positive terms. And because they live in the moment, every day is a gift.