Rookie Blue has made the summer TV season a lot more fun during the last couple of years. It’s an absorbing cop show about young officers dealing with the complexities of their careers while looking stunning in those cute blue uniforms.

In the third season premiere (Thursday, 9 p.m., ABC), intense Andy McNally (Missy Peregrym) returns to the force after a three-month suspension. She had gotten in trouble for letting her relationship with rogue cop Sam Swarek (Ben Bass) affect her job. Now, she’s ecstatic to be back in action. “This is the first day of the rest of my life!” she exclaims. And what a day it is, as a drunk driver (William Shatner) causes a pile-up while searching for his kidnapped granddaughter. The crash actually turns up a clue, and Andy joins the hunt for the missing girl.

Rookie Blue isn’t the only show about cops who fall in love with each other while chasing the bad guys, but it’s one of the few that work. Watching the season premiere makes this seem like the first day of the rest of my summer. 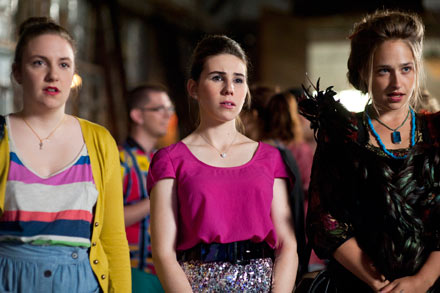 Everybody has hyped this new series to the max, including me. But, dammit, I’m going to keep hyping it as long as it stays good. In this week’s episode, our four post-collegiate heroines go to an intimidating party in a New York City warehouse. “Promise me we’ll stick together in there!” pleads Marnie (Allison Williams).

They don’t stick together. Each has a disturbing encounter with a lover, an ex-lover, or a potential future lover. Each gets physically hurt, or hurts someone else, or lays the groundwork for someone to be hurt. Indeed, the episode is a veritable symphonic movement of pain, while at the same time confirming Girls’ status as one of the funniest shows on TV. 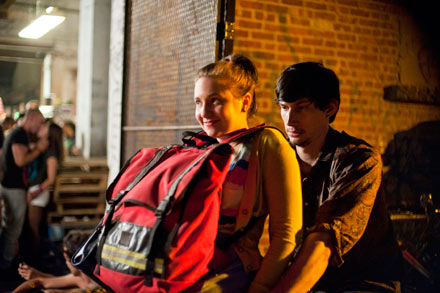 In the richest subplot, Hannah (played by creator-director-writer Lena Dunham) encounters her not-quite-boyfriend Adam (Adam Driver), who emerges as more human than she thought he was. This development leads to a happy ending, or at least an ambiguously happy one. And something tells me ambiguous happiness is the best we can expect in the Girls universe. 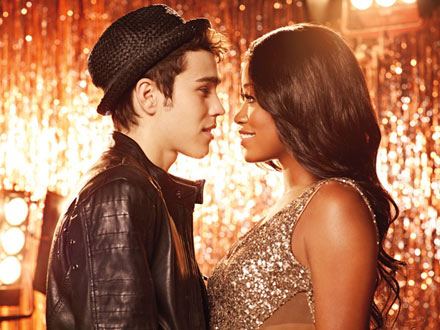 I know I should probably act my age and watch the creepy adult reality series premiering this week, like the new season of Gene Simmons Family Jewels. But I find myself attracted to Rags, Nickelodeon’s charming TV movie for the younger demographic. It’s a contemporary musical take on Cinderella, with the sex roles reversed. Charlie (Max Schneider) is a downtrodden New York City street singer; Kadee (Keke Palmer) is a pop princess who feels hemmed in by her image. These two meet courtesy of a fairy god-dude (Drake Bell), and sparks fly when Charlie fakes his way into an exclusive record-company ball. What will happen when the clock strikes midnight?

The leads are adorable, the production numbers are effervescent, and the script is witty. Rags makes me feel like a teenager again, reveling in innocent fun. It’ll be hard to go back to Gene Simmons Family Jewels when the clock strikes midnight.

HBO’s TV movie dramatizes the real-life romance of blustering novelist Ernest Hemingway (Clive Owen) and strong-willed war correspondent Martha Gellhorn (Nicole Kidman). Owen wears the big mustache well, and Kidman makes Gellhorn both sexy and intelligent. The problem is the script, which hits one wrong note after another. The characters communicate in bits of clunky exposition, and Ernest spouts literary philosophy 24/7—a bit much even for an egomaniac. “The whole trick is writing the way people talk!” he tells Martha.

Ironically, real people don’t talk anything like the characters in Hemingway & Gellhorn.

The reality series returns for a second season, trying to repair relationships between married couples and their misbehaving in-laws. It’s hard to believe the producers can find a monster-in-law more monstrous than Linda, the subject of the season premiere. For 25 minutes, this woman dishes out abuse to her son Jim and daughter-in-law Michelle, who exhibit Christ-like forbearance. Linda calls Michelle “a bad wife and mother”; she calls Jim “weak”; and she calls the couples’ innocent young daughters “sluts.” Even the show’s resident relationship expert loses her temper over Linda’s vicious comments. I got so worked up myself that I almost threw the TV out the window.