Who says you have to leave the state to have a blast this summer? Iowa summers are packed with back-to-back festivals featuring excellent music, art, family fun, and more. So save those vacation days to escape the cold Iowa winters, and get ready for some summer fun at home!

We’ve chosen a few major events to highlight here, and you’ll find many, many more in our June calendar.

Eldon’s claim to fame is the house Grant Wood painted in American Gothic. See what other artworks are inspired by this Iowa icon at American Gothic Days, June 8-10, 2012.

Celebrate the iconic house featured in the painting American Gothic, by Iowa artist Grant Wood. Enjoy food, fun, and entertainment for the whole family. The festival includes a 5K walk/run, an 18-mile bike ride, and artworks inspired by the American Gothic House created by amateur and professional artists.

Don’t forget to grab a pitchfork and take your picture in front of the famous window while you’re there.

A carnival midway with over 25 rides, fireworks, a parade, and other exciting events will offer a fun break from the music. Special themed days include Kids’ Day and Art in the Auditorium. 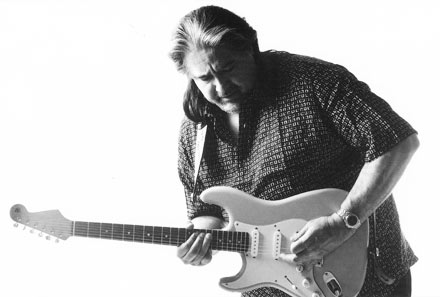 The members of the Mississippi Valley Blues Society have got the blues—and they want to share them with you. Blues lovers will enjoy a variety of different blues styles performed live on the banks of the Mississippi River. The festival has a unique downhome vibe as a result of eschewing corporate sponsorship in favor of an all-volunteer effort. 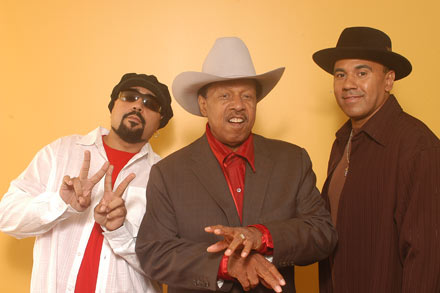 The Brooks Family Blues Dynasty plays at the Mississippi Blues Festival this year. 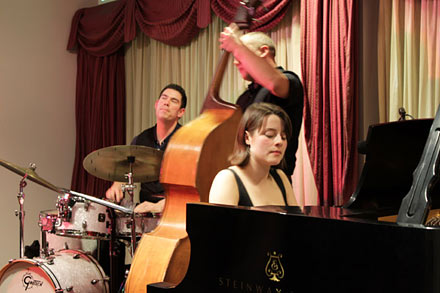 In between sets check out the Culinary Row, Fun Zone, Art Fair, Beverage Garden, and side stages. 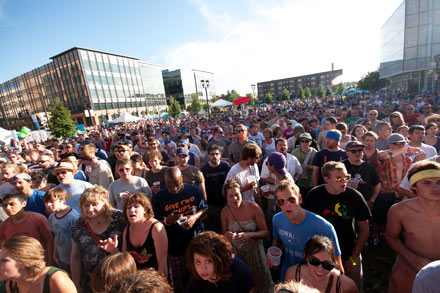 Named after two interstates, 80/35 attracts music-loving fans from all over.

Less than a decade ago, downtown Des Moines was musical flyover country. Most musical acts simply passed by on the way to Chicago or Minneapolis, assuming, perhaps, that Iowans were born without ears or appreciation for good music.

In 2008 the Greater Des Moines Music Coalition started the 80/35 music festival, named after the two interstates that intersect in Des Moines, in order to give touring bands a reason to visit the city as well as promoting the many talented local musicians. Since then, nearly 30,000 people a year have flocked to the festival. This year’s attendees will enjoy music by headliners Death Cab for Cutie and the Avett Brothers, as well as smaller bands like Dinosaur Jr., Freddie Gibbs, and Atmosphere.

Although music is typically what attracts viewers to the festival, the side attractions are a fun bonus. Art stations, DIY activity booths, a kids’ play zone, and great food are just some of the many things to be enjoyed at 80/35. 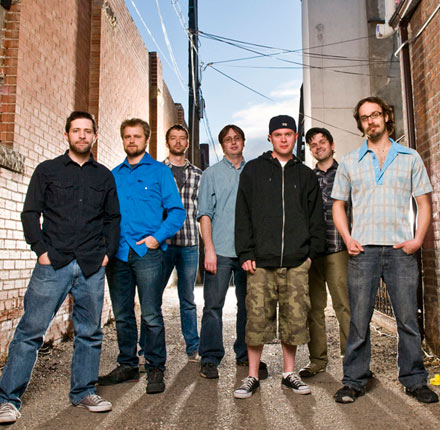 Since 2003 Euforquestra has hosted Camp Euforia in Lone Tree, Iowa.

Pack your tent or fire up the RV and get ready for summer camp like you’ve never experienced it before. Camp Euforia started in 2003 as Iowa City band Eufórquestra’s fan appreciation party, but since then it has grown in to a full-blown music festival featuring over 20 bands over two days on two different stages.

The festival has always been focused on the Iowa City music scene, but each year a handful of other performers are also featured. This year the spotlight is on Split Lip Rayfield, a powerhouse trio from Kansas. Other not-to-be-missed acts include Eufórquestra, William Elliott Whitmore, Head for the Hills, Jon Wayne and the Pain, Lick it Ticket, Chicago Farmer, and more.

Round out your Camp Euforia experience by enjoying free Saturday morning coffee with the Grosso Family Band, a bloody mary hour with Chris Gelbuda, and the popular ashtanga yoga class. 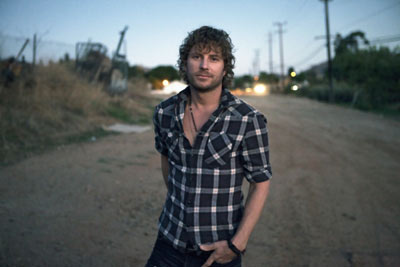 The hottest country music acts will be featured on three stages during the debut of this weekend-long festival. Popular acts like Danika Holmes, Danielle Peck, Gretchen Wilson, Phil Vassar, and others will be opening for headliners Dierks Bentley and Big & Rich.

This new festival began as a dream of Loren Arp. After he died from severe burns sustained in a combine explosion, his son, Michael Arp, took up the mantle. A significant portion of the net proceeds from the Heartland Jam Music Festival will go directly to the Loren Arp Memorial Foundation to assist children in the University of Iowa’s burn treatment center and their families with the financial burden of going through such rigorous treatment.

Later This Summer…
That’s not all, folks! Don’t miss the August issue for the best August and September festivals eastern Iowa has to offer.