The Closer (Mondays, 8 p.m., TNT) returns for one more season of detective work, and it looks to be a doozy. Deputy chief Brenda Leigh Johnson (Kyra Sedgwick), of the LAPD’s major crimes division, burns a hole in the TV screen in the very first scene of the premiere episode. She’s on the witness stand in a rape-murder trial, steaming under cross examination by her nemesis, Philip Stroh (Billy Burke). Stroh is not only a sleazy defense lawyer, but also a suspect in the crime itself – at least in Brenda’s mind. To ensnare him, she pulls a stunt that confuses and angers even the people on her side. That only causes her to redouble her already fierce commitment to the case.

Stroh is a worthy villain, taunting Brenda every chance he gets. “Lighten up,” he drawls in the face of her righteous anger.

Lighten up? I don’t think that’s in the cards for The Closer’s last six episodes. In fact, I worry that Brenda might bust a blood vessel before the series finale next month. 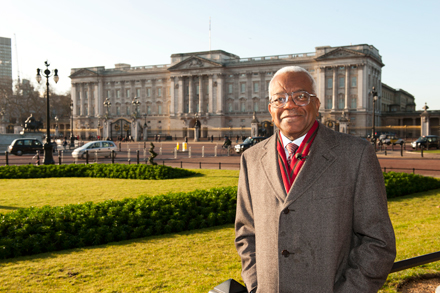 ﻿Trevor McDonald at Buckingham Palace in Queen and Country.

In honor of Queen Elizabeth’s diamond jubilee, this series allows us Americans to do what we’ve always done – gawk at her. We watch Elizabeth dedicate things, attend things and inspect things, with the camera maintaining a respectful distance.

No, the series does not rip the lid off the monarchy, but rather keeps the lid primly in place. Earnest commentators with perfect elocution seem like characters from a Monty Python sketch, minus the humor. The biggest thrill is the occasional clip of the queen making a speech, in which she refers to herself in that odd royal “we.”

Indeed, the whole production is odd. But as a devotee of the monarchy myself, I – we? – will not miss a minute of it.

I’m an obsessive collector of Elvis memorabilia, so I can relate to Cary, the subject of the fourth-season premiere. But I’ll admit that Cary loves Elvis even more than I do. Along with being a professional impersonator, he has stuffed his small Manhattan apartment with Elvis-related newspapers, trinkets and other junk.

It’s a terrifying image of hoarding, and it has encouraged me to part with about a dozen of my own Elvis figurines. Well, maybe not that many. I’ll start with one and see how it feels. 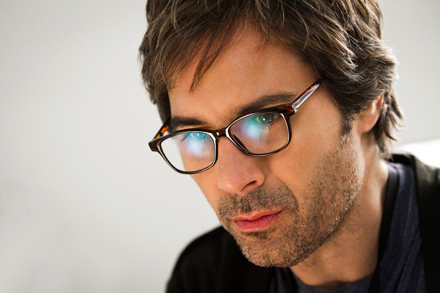 Eric McCormack of Will & Grace affects a scruffy beard, a mumbling delivery and a squint to play Daniel Pierce, a neuroscience professor who solves crimes on the side. He himself suffers from neurological disorders, but that’s what makes him a brilliant detective, you see. “Sometimes these hallucinations tell you things your conscious mind can’t make sense of!” says the FBI agent (Rachael Leigh Cook) who lets Daniel tag along on investigations, despite the fact that he’s liable to jump on a desk and start conducting an imaginary orchestra.

Before I get any further, I should tell you that this new series is not supposed to be a comedy. It appears to be dead serious in arguing that severe mental illness is useful in detective work. You can tell by the fact that a piano earnestly tinkles every time Daniel makes a cockeyed pronouncement about his condition. Would his theories pass muster with the American Psychological Association? I doubt it, particularly his notion that curing mental patients “robs them of an essential part of who they are.”

I recommend that you consult with a licensed physician before putting any of Perception’s ideas to use in crime-fighting.

This documentary series, set in New York-Presbyterian Hospital, promises to show us places “off limits to cameras until now.” Turns out there was a very good reason that cameras have never been in these places: Most TV viewers don’t want to watch other people’s gross, depressing medical procedures. The dialogue you hear in NY Med (sample: “They found a large mass in my head”) will not brighten up your summer vacation.

One man can’t bear to contemplate the treatment he’s about to receive for a genital problem. “You don’t have to watch this,” the doctor assures him.

If the patient himself doesn’t have to watch, why do we?

Intoxicating Florence: Rescued by a Plate of Tagliatelle