Bravo usually focuses its reality series on good-looking socialites or business people. With Start-Ups: Silicon Valley (Monday, 9 p.m.), the network has the inspired idea of focusing on nerds. They’re programmers and bloggers in the Silicon Valley’s go-go tech industry, and they’re pretty good-looking themselves (especially after an application of spray-on tan to mask the pale skin). The difference between them and other Bravo reality subjects is evident in their chitchat at social events: “How do you solve negative cycles in a graph?” asks a guy in a toga. Nothing says “let’s get this party started” like solving negative cycles, right? 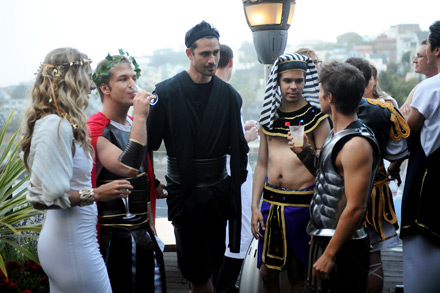 Start-Ups is a refreshing change of pace on a network known for the IQ-challenged Real Housewives. Actually, there is one Real Housewife-type character here – a catty, drink-throwing blond hottie named Sarah – but she serves as a useful contrast to the nerds. One of them tries to make sense of Sarah by opining that “she does have a reality-distortion field.” Translated into Real Housewives-speak, that probably means: “She’s one crazy bitch!”

Will Ben find an investor for his healthy-living app? Will Dwight keel over from programming 12 hours a day? Will David’s spray-on tan last through the next party? The only way to find out is to dive into the reality-distortion field that is Start-Ups: Silicon Valley. 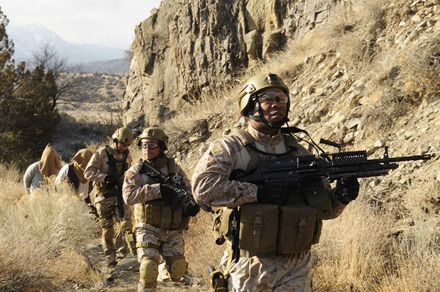 This TV movie dramatizes the 2011 Navy SEALS operation that killed Osama Bin Laden. The timing of SEAL Team Six—two days before the presidential election—has made it a political hot potato. Conservatives have cried foul, claiming that a heroic portrayal of the operation could tip the vote to Barack Obama. But have they considered the possibility that corny dialogue and clichéd characters might be so off-putting that they tip the vote to Mitt Romney? 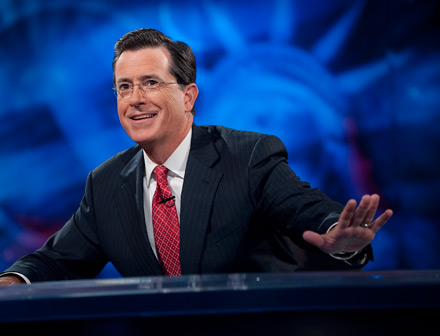 Stephen Colbert (above) and Jon Stewart, of Indecision 2012, plan to make election night a hoot no matter what happens. (Scott Gries, PictureGroup)

Jon Stewart and Stephen Colbert have been magnificent throughout this election season. The Colbert Report’s bit on Clint Eastwood’s chair, The Daily Show’s mock campaign bios of Romney and Obama – this is satire to rival Mark Twain. Lesser competitors in the fake-news biz, like Saturday Night Live, can only look on in awe.

I plan to abandon the real news networks on election night in favor of live coverage by Stewart and Colbert. That way I’m guaranteed to be laughing, not crying, no matter who wins.

Eight beautiful young friends, most of them gay, live and love in downtown Los Angeles. DTLA is a soap opera, but one unlike anything you’d see on the broadcast networks, given the gay orientation. We listen in on the explicit sex talk and watch uncommon displays of affection (uncommon on TV, anyway). You won’t be blown away by the plot or dialogue, but DTLA does have a nice verité quality. You get to see what it’s like being in a gay relationship in contemporary L.A., and that’s worth knowing about.

The sitcom begins its second season with a rancid squabble about Romney vs. Obama. Tim Allen plays Mike, an extreme right-winger who parrots the common slanders against the President: born abroad, hates free enterprise, etc. For good measure he throws in borderline racist and homophobic remarks. Are you laughing yet? The script aims for balance by putting anti-Romney words in the mouths of Mike’s daughters, but the episode’s keynote is old-guy anger. Allen (Home Improvement) used to specialize in amiability, a virtue that’s nowhere in evidence here.

The season premiere is reminiscent of a political argument with those family members you always disagree with. Remember how fun that is?

As sitcoms become increasingly sophisticated, the new Malibu Country takes the form back to the bad old days. Bellowing her punchlines Hee Haw-style, Reba McEntire stars as a jilted Nashville wife who makes a fresh start in Southern California. Among the moldy oldies in Malibu Country: a laugh track set way too high, a smarmy obsession with boobs and sex, and a willingness to mock gay and ethnic characters.

Worst of all is seeing the great Lily Tomlin in the Tart-Tongued Granny role. “I just saw a pelican poop!” she says, sending the laugh track into a conniption fit.

I will say that if you like poop jokes, you’ll probably like Malibu Country. “Here comes that pelican again!” Tomlin says five minutes later.

Thanks for the warning. That’s the cue for most of us to change the channel.