“Downton Abbey,” Masterpiece Classic’s period soap opera, returns amid post-World War I turmoil (Sunday, 8 p.m., PBS). Money troubles and personal crises abound in the grand country estate, requiring a stiff upper lip from both the aristocrats and their servants. And if you doubt the stiffness of these particular upper lips, well, you must have missed the last couple seasons. 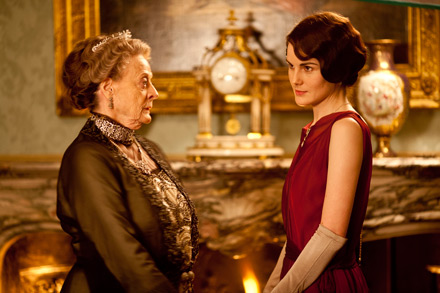 The heir to Downton, Matthew (Dan Stevens), is set to marry Lady Mary (Michelle Dockery), but the family funds have dried up. Matthew mopes around the tasteful sets, acting nobly – so nobly that the season premiere threatens to be dull. Right on cue comes Martha (Shirley MacLaine), mother of Cora (Elizabeth McGovern), with a fortune that could potentially save the estate. Loud and sarcastic, MacLaine gives the episode a badly needed jolt of American-style energy. She exquisitely overplays the role, making Martha a counterpart to Maggie Smith’s exquisitely underplayed Violet, the Dowager Countess of Grantham. 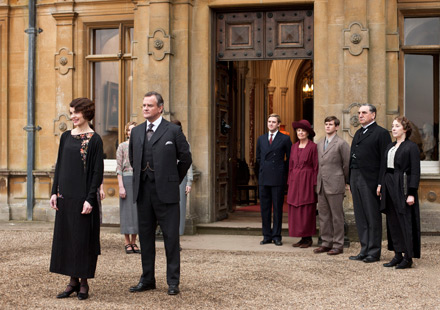 As Martha flings insults at the staid Brits, Violet mutters, “Just how long is she here for?”

I hope it’s for a long, long time.

Just in time for New Year’s resolutions comes season 14 of the weight-loss competition. This reality show is irresistible to us Americans, given our Emersonian tradition of self-reliance. A new group of overeaters earnestly vow to reinvent themselves, with help from The Biggest Loser’s strict trainers. The big news is that the strictest of them all, Jillian Michaels, has returned after a childbearing hiatus. 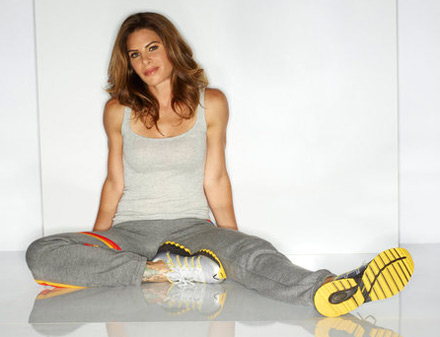 Did I say “strict”? “Sadistic” would be more accurate. Jillian seems happiest when her charges fall off their treadmills, or beg for mercy, or cry, because then she gets to yell at them even louder. “Take your sorry ass out of my gym!” she shouts at one poor man who can’t handle her relentless workout. “I don’t have time for your pathology!”

Such scenes make it hard not to contemplate one’s own sorry ass, of which Jillian would certainly disapprove. 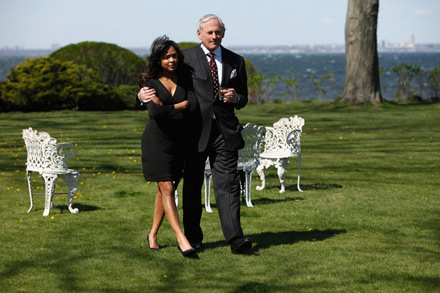 When a troubled socialite turns up dead, her onetime friend – a cop named Joanna (Meagan Good) – goes undercover in the family mansion to figure out whodunit. Joanna grew up in the mansion herself, as the maid’s daughter, so she has a history with this creepy clan. Deception skillfully establishes her perilous circumstances, and Good makes you feel her mounting distress. 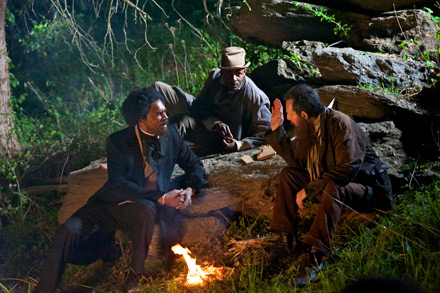 “The Abolitionists” recounts one of the most inspiring stories in American history. It profiles the 19th century reformers who achieved moral clarity about slavery long before the rest of their countrymen did. William Lloyd Garrison, Frederick Douglass, Angelina Grimke, and other fearless abolitionists bravely denounced America’s “peculiar institution” despite being widely denounced themselves. 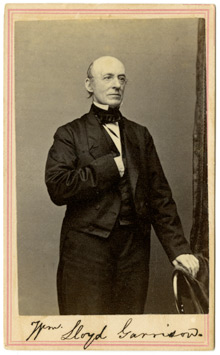 The material is so dramatic that you forgive the preponderance of bonnets and top hats in the extensive reenactments. You’d have to be made of stone not to thrill to rhetoric like this, from the pen of Garrison: “I am willing to be persecuted, imprisoned and bound for advocating African rights, and I shall deserve to be a slave myself if I shrink from that duty or danger.” For expressing such enlightened sentiments, Garrison was attacked by a lynch mob, and South Carolina put a bounty on his head.

Is it time to carve out room on Mount Rushmore for these national heroes—perhaps right between slaveholders Washington and Jefferson?

The ABC sitcom has moved to TBS, where it still tries too hard to be naughty. The strain is apparent in the season premiere, as aging party girl Jules (Courteney Cox), new husband Grayson (Josh Hopkins), best friend Ellie (Christa Miller) and other hangers-on talk nonstop about sex, alcohol, drugs and defecation.

The subject matter isn’t necessarily a problem, but in the absence of appealing characters, Cougar Town’s raunchiness is just off-putting. It’s not the actors’ fault — Lord knows that Cox (Friends) can be funny with the right material, and other cast members, including Busy Philipps (Freaks and Geeks) and Dan Byrd (Easy A), have sterling comic credentials.

“Oh, good, she still has her adorable edge,” Grayson says of Ellie.

Cougar Town sacrifices too much of the “adorable” in favor of the “edge.”

Lena Dunham Strikes Again: "Girls," Season 2 | The Comedy Phenom is on a Roll with the Second Season of Girls