The Barhydt Chapel’s preserved stained glass window is now on view at the Fairfield Arts and Convention Center.

Celebrate Barhydt Chapel’s stained-glass window and organ in their new home with a dedication ceremony and organ concert by Dr. Lynda Hakken at the Fairfield Arts and Convention Center on Sunday, April 28.

The now-defunct Parsons College played an important role in the history of Fairfield, and central to the campus was the now-demolished Barhydt Chapel. On Sunday, April 28, a dedication ceremony will be held at 6:45 p.m. at the Fairfield Arts & Convention Center to celebrate the installation of the 100-year-old Barhydt Chapel’s north transept stained-glass window in the Parsons College Alumni Hall. Following the ceremony, at 7:30 p.m., Dr. Lynda Hakken will perform the inaugural organ concert in the Barhydt Organ Concert Series. The organ was originally installed in the chapel in 1966. Tickets are required for admission to the concert. Hakken is college organist and studio organ instructor at Cornell College, Mt. Vernon, Iowa, and visiting assistant professor at the University of Iowa.

A display of wedding pictures taken during marriage ceremonies through the years at the Barhydt Chapel will also be on display in the Parsons College Alumni Hall. 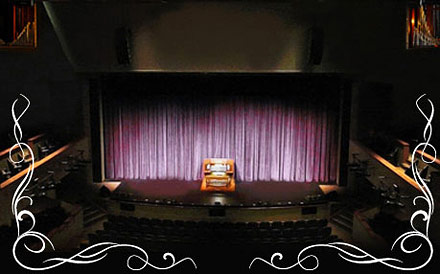 The window and organ were rescued and restored by the FACC board and others when the chapel was torn down. Built on Parsons College campus in 1909, Barhydt Chapel occupied a special place in the community’s heart, playing host to college assemblies and graduations and blessing countless weddings. Barhydt Chapel outlasted even the college that it was built for, changing hands with the rest of the campus when it was purchased by Maharishi University of Management in 1974. In 2001 MUM razed the chapel as part of a campus-wide rebuilding project. Twelve years later, the stained window and organ have finally found a new home. Don’t miss the chance to see the 100-year-old stained glass window shine or to hear the sound of the Barhydt organ once more.

The Wonder of Me: Zach Stone | A Teenager Films Himself in Zach Stone is Gonna Be Famous