Steve Malerich, Jen Neumann, Lyz Lenz, Heather Friedman, and Brook Easton discuss the show at a rehearsal for Listen to Your Mother.

Listen to Your Mother began in Madison, Wisconsin, and in three years has spread to 24 cities across the U.S. CSPS in Cedar Rapids will play host to Iowa’s first Listen to Your Mother show on May 12 at 2 p.m. The performance will feature live readings by some of Eastern Iowa’s most talented writers—including Zach Wahls, Mary Vermillion, Jana Madsen, Michelle Pendergrass, Annie Scholl, Carly Weber, Emily Muhlbach, Marianne Taylor, Katie Mills Giorgio, Meg Schneider, Rhonda Whittaker, Brook Easton, Melissa Erbes, Steve Malerich, and Amy Stourac. Tickets are available at the CSPS box office and website and all proceeds will go to Waypoint Services of Eastern Iowa. 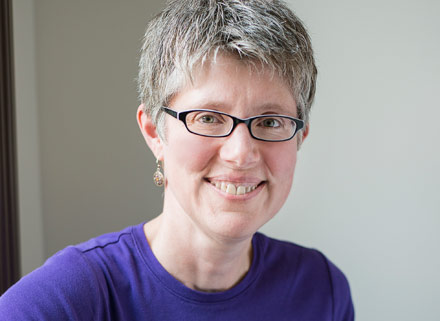 The cast ranges from poets and photographers to triathletes and spiritual healers, men and women, all celebrating and cherishing the role of motherhood. Author and LGBTQ activist Zach Wahls will talk about his experience being raised by two moms. Mel Erbes, a writer and single mom, will discuss walking her teenage daughter through an abortion, while crime-novelist Mary Vermillion will read a piece on choosing not to be a mom. 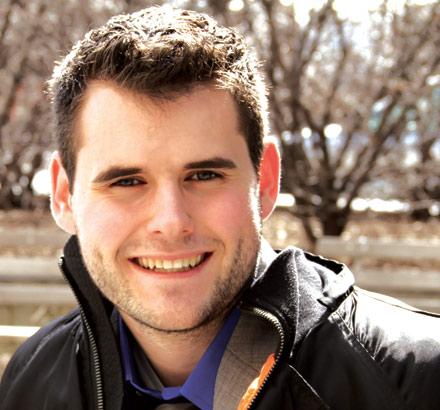 Steve Malerich, an actuary who calls himself the father to more than 25 children—both biological and exchange students—will be reading a piece about connecting with his mother through the death of his sister and one of his exchange students. English professor Marianne Taylor will share her poetry on the experience of motherhood, both humorous and heartbreaking.

Emily Mulbach writes about her experience watching her dear friend become a mother, Katie Mills Giorgio complains how motherhood has made her chronically late for life, and Carly Weber riffs off of the popular children’s book If You Give a Mouse A Cookie to surmise what happens when a mom gets five free minutes of time. While the show does feature some of Eastern Iowa’s best talent, the heart of the show is about telling the story of motherhood from everyday experiences.

The mission of the “Listen to Your Mother” show is to celebrate and validate the diversity of motherhood, and to support mothers in need by donating money to Waypoint Services. The show was started by author and humorist Ann Imig, who wanted to give voice to the everyday experience of motherhood and how it impacts all of us, mothers or not. In its third year, the Listen to Your Mother franchise has grown from just one city to a network of 24 cities across the United States.

At the helm of Eastern Iowa’s show is Lyz Lenz, a blogger and writer for The Real Mom’s of Eastern Iowa, the Huffington Post, Mom.me, Mommyish.com, and on her own site, LyzLenz.com. Alongside Lenz are co-producers Jen Neumann and Heather Friedman, the driving force at de Novo Alternative Marketing in Cedar Rapids.

Lenz was initially attracted to the Listen to Your Mother show when she met Ann Imig at a blogging conference in 2011. “Iowa is full of talented writers and I thought this would be the perfect way to showcase the talent, while also raising money for a good cause,” she says.

Also, after becoming a mother in 2011, Lenz realized how elemental motherhood was to the human experience. “Motherhood is either put on a ridiculous pedestal or shoved into the corner as ordinary and commonplace. Listen to Your Mother takes motherhood off the pedestal and out of the corner. Our show shows motherhood from all angles—the beautiful and ugly—and celebrates mothers for all they are worth.

For more information, visit Listen to Your Mother, Iowa