﻿BEHIND THE CANDELABRA, with Michael Dougla as Liberace (photo: Claudette Barius/HBO)

In Behind the Candelabra (Sunday, 8 p.m.), HBO assembles high-quality artists to tell the story of a low-quality one: the glitzy piano player Liberace. Steven Soderbergh directs, Michael Douglas camps it up as the inexplicably popular musician, and Matt Damon throws himself into the role of Scott, Liberace’s boy toy from the 1970s and ‘80s. 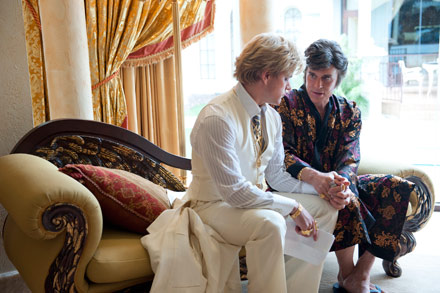 ﻿Michael Douglas as Liberace and Matt Damon as Scott in Behind the Candelabra (photo: Claudette Barius/HBO)

The title promises to take us behind Liberace’s pose as a narcissistic, flamboyant heterosexual. What we find is a narcissistic, flamboyant homosexual, unappealing in every way. He uses people; he lies; he whines about his problems. His relationship with Scott follows a predictable arc from debauchery to disenchantment, with copious amounts of pills and plastic surgery along the way. The movie satisfies our voyeuristic curiosity, but there’s not much more to it than that. 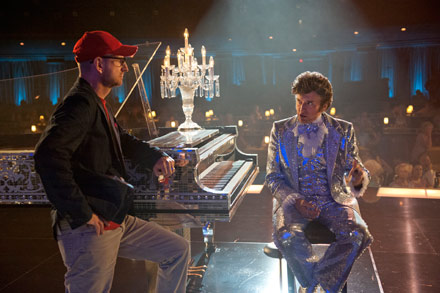 ﻿Director Steven Soderbergh with Michael Douglas on the set of Behind the Candelabra (photo: Claudette Barius/HBO)

I’m not saying I didn’t enjoy every second of Behind the Candelabra. It’s not often you get to see Douglas and Damon having hot sex with each other. Or Rob Lowe pushing drugs in a stunning 1970s coiffure. The movie delights in bad behavior, bad clothes and bad music. Like Liberace himself, it manages to hold your attention. 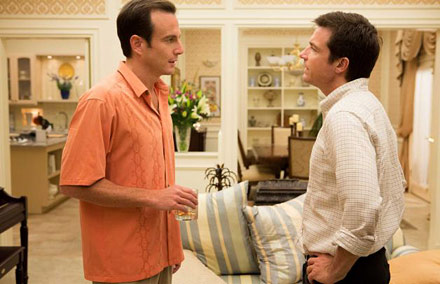 ﻿Will Arnett and Jason Bateman in one of 15 new episodes of Arrested Development released by Netflix.

We all mourn the TV masterpieces cut off in their prime— shows like My So-Called Life and Freaks and Geeks, which could have offered so much more pleasure if only low ratings hadn’t gotten in the way. For many of us, such tragic cancellations prove there is no God. 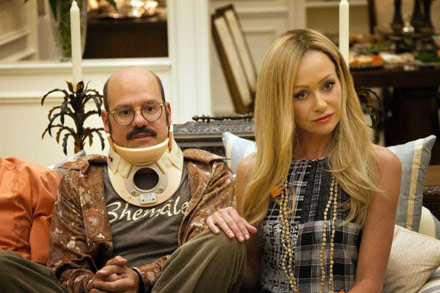 The dysfunctional-family comedy Arrested Development suffered such a premature death, having been axed in 2006 after only three seasons. But what’s this? The series is back with 15 new episodes, released simultaneously on Netflix? With original cast members Jason Bateman, Michael Cera and Will Arnett?

I can’t wait to watch the episodes all in one sitting. But first I have to go to church and give thanks.

I thought I’d seen enough Civil War documentaries for one lifetime, but “Rebel” begins with the provocative statement that approximately a thousand women “secretly soldiered” during the war. One of them, Loreta Velazquez, dressed like a man to fight for the Confederacy, then became a Confederate spy, then turned into a double agent, then wrote a sensational book about her experiences, then disappeared from history after the book outraged Southern sensibilities. 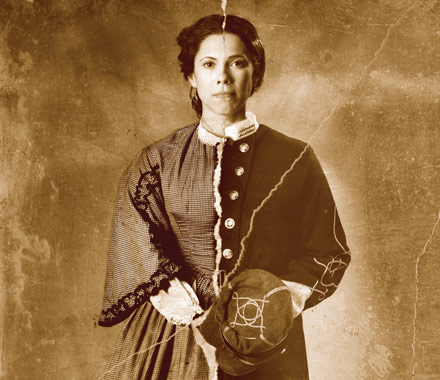 Okay, “Rebel,” you’ve got my attention.

Velazquez was a Cuban immigrant who blurred every 19th century boundary. You can practically see the scholarly commentators drool as they discuss Loreta’s trangressions as a woman, a Hispanic, a Southerner and a soldier. “I passed through the lines of the North and South,” she wrote, “inventing my past as needed.” 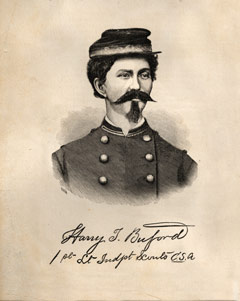 Drawing by REA, of Loreta Velazquez, aka Harry T. Buford, around 1876. From The Woman In Battle, by Loreta Janeta Velazquez, sold by subscription, Hartford, T. Belknap, 1876. REA was John Rea Neill, from Philadelphia, known for his work illustrating the Land of Oz series, and Little Black Sambo.

If Loreta Velazquez hadn’t existed, gender studies departments would have had to invent her. 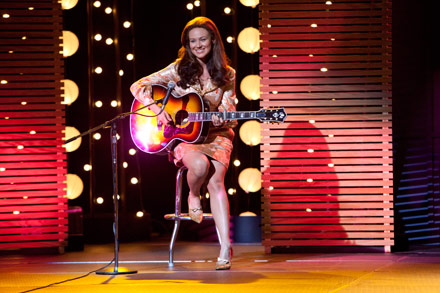 This exceptional TV movie tells the story of country singer June Carter Cash (Jewel), from her childhood stardom with the Carter Family through her turbulent marriage to Johnny Cash (Matt Ross). I know you’re not going to believe me, but Jewel—known as a pop singer rather than an actress—will make you forget all about Reese Witherspoon’s Oscar-winning turn as Carter Cash in Walk the Line. Oozing charisma, she is a revelation here. It’s no surprise that she nails the singing, but who would have thought her capable of bringing such a complex character to life onscreen? 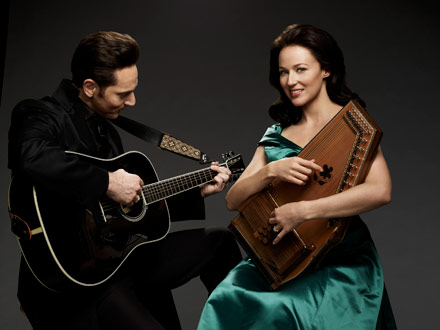 We meet Carter Cash as a young woman with a radiant smile and a performer’s instinct to please. Her good nature is tested when she becomes involved with the pill-popping Cash, but she stands by her man even as he makes their life a living hell. Why does June stay with him? The potent chemistry between Jewel and Ross is all the answer you need.

The film gallops through the decades, allowing Jewel to have fun with ever-changing hairdos and outfits. More importantly, she shows Carter Cash evolving in response to life’s hard knocks. The scariest moment comes when, after years of self-restraint, she lets her anguish pour out during Johnny’s stint in rehab. At this point in the movie June sings her most famous composition, “Ring of Fire,” and you have no trouble understanding the meaning of her lyrics “love is a burning thing.”

Most police procedurals tease you with “whodunit,” only unveiling the perp at the end. Motive takes a different approach, brazenly identifying the killer in the opening minutes of each episode. You can’t miss him: He’s the one with the title “The Killer” under his mug. Similarly, the soon-to-be-dead person is tagged with the title “The Victim.”

So you know exactly where the episode is headed, but you don’t know why. That’s the part The Motive conceals until the end, and damned if you don’t keep watching to learn the answer.

It helps that the heroine, Detective Angie Flynn, is such good company. Kristin Lehman (The Killing) is stunning in this role. Her detective is witty, brassy, earthy and flirty. She’s believable as a working-class single mother with a knack for thinking her way through a crime scene.

In the sneak preview earlier this week, a high school band geek was “The Killer,” and a popular science teacher was “The Victim.” It was impossible to figure out why the student would kill the teacher…and that’s where a witty, brassy, earthy, flirty detective comes in handy.

Iron Man 3 | All of the Special Effects, Little of the Wit That Graced Iron Man #1