In Fox’s promising sitcom The Goodwin Games (Monday, 7:30 p.m.), three estranged siblings reunite after their father (Beau Bridges) dies, only to learn that he has set up a series of competitions to determine which one of them will win his fortune. This questionable approach to an inheritance echoes his questionable approach to childrearing. The siblings have all been scarred by him, each in a different way. Henry (Scott Foley) is an overachiever, Chloe (Becki Newton) a flake, Jimmy (T.J. Miller) a criminal. The Goodwin Games is reminiscent of Wes Anderson’s The Royal Tenenbaum, another bittersweet comedy about adult children broken by a bad dad. Here, daddy dearest continues to torment them from beyond the grave.

“You children could have been magnificent,” he tells them in one of his posthumous videos. 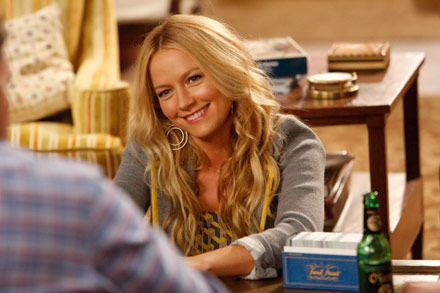 As in The Royal Tenenbaums, though, nothing is black-or-white. In a mere half-hour, the pilot shades Henry, Chloe and Jimmy so that they emerge as people rather than comic types. Even Jimmy, the goofiest of the siblings (check out the priceless bit in which he tries, and fails, to be sarcastic), displays unexpected tenderness to his young daughter.

I have to correct old man Goodwin. These children are magnificent, at least as characters. 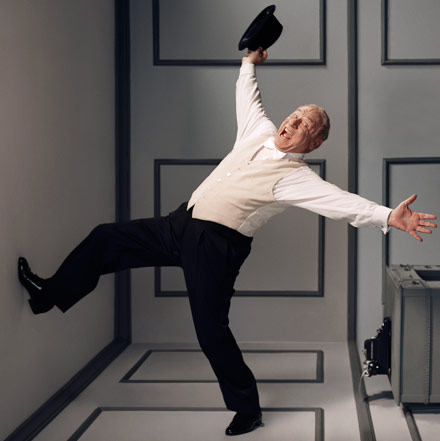 When you tune into an American Masters program about Mel Brooks, you know it’s going to be fun. As a Borscht Belt entertainer, TV comedy writer, movie director and Broadway impresario, Brooks will see to that. Even in the context of a respectable PBS documentary, he will sing, tell earthy jokes, make absurd observations—anything to get you laughing. 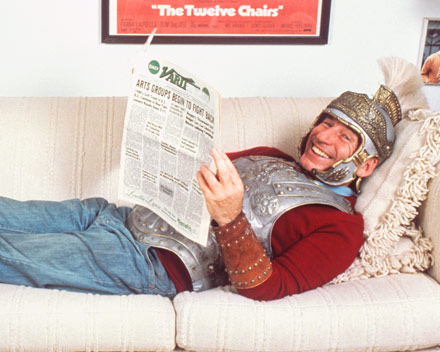 Actor Steven Weber says of Brooks, “It must be an enormous burden to be the funniest man on Earth.” At one time, it was. Growing up without a father, Brooks experienced anxiety attacks and suicidal tendencies throughout his young adulthood. Life improved when he broke through as a comedy star in the 1960s with his 2000-year-old man routine. He disregarded studio orders regarding his 1974 movie Blazing Saddles (“cut the farting-around-the-campfire scene”) and had a hit. He disregarded their orders again on Young Frankenstein (“don’t shoot it in black-and-white”) and had another one. Not even the Nazis could survive an encounter with this Jewish force of nature. “He decimated Hitler by making fun of him,” says Carl Reiner of Brooks’s movie The Producers. 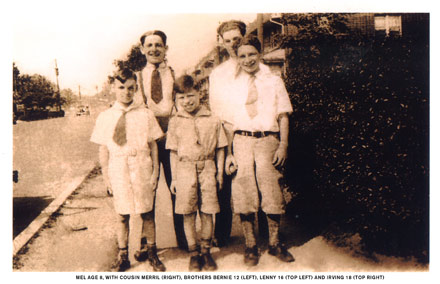 Matthew Broderick, who starred in the Broadway adaptation of The Producers, describes Brooks in manic mode the night the show won a record 12 Tony Awards: “It’s very difficult to get Mel to stop without a tranquilizer dart.”

Why would anyone want him to stop?

In the season finale, the panel of five self-made millionaires hears intriguing pitches from budding business people. A woman named Val seeks a $200,000 investment for a curated dating service in which only appealing people are picked to participate. An 11-year-old boy named Ryan seeks $25,000 for his dog-biscuit-baking enterprise, with the irresistible name the Barkery.

The episode’s would-be entrepreneurs are all likable, while the panelists…well, not so much. They leer at Val and lecture Ryan. They insult each other and guffaw at their own stupid jokes. Beady-eyed Kevin O’Leary tells two earnest restaurateurs from Cincinnati: “The whole thing is crap. Is ‘crap’ the brand?”

I don’t think any of these panelists is appealing enough to be picked by Val’s curated dating service.

The Billboard Music Awards prides itself on having something for everyone, with nods to R&B, rap, country and Billboard’s other charts. In booking this year’s musical performances, though, the ceremony has favored artists who’ve recently disgusted large segments of the population. Chris Brown has continued to behave obnoxiously after his assault conviction; Justin Bieber made a mockery of the Holocaust with recent comments about Anne Frank; Lil Wayne was dropped by Pepsi after sick lyrics about civil rights martyr Emmett Till; and Taylor Swift lost female fans with her dismissive remarks about feminism.

Here’s a new motto for the Billboard Music Awards: “Something for everyone … to be revolted by.”

This seven-part nature documentary takes us on a stunning tour of North America, gliding from the Canadian tundra to the Utah desert to the Atlantic coast. It captures majestic views of mountains and oceans, along with intimate views of animals hustling for survival. The narrator says of the continent’s untamed wilderness: “In its splendor, brutality and beauty, we find our own story.”

Well, I don’t know if I’d go that far. I didn’t really find my own story in a pregnant mountain goat who climbs into the Rockies to have her kid on an isolated ice crop. Nor did I find it in a gang of killer whales who set upon a defenseless whale cub in Alaska, holding her underwater until she drowns.

Things lighten up a bit in the remote Costa Rican jungle. A dopey-looking little bird called a red-capped mannequin hops around in ridiculous fashion, trying to get the attention of a pretty female bird. The female takes one look at the pathetic spectacle and flies away in disgust.

Finally, I have found my own story.