As a member of the latter demographic, I immediately fell under the spell of Axe Cop. This deadpan masterpiece sets a single goal—to be awesome—and then goes about achieving it. This week’s episode parodies over-the-top, comic-book-style storytelling, its thrilling 10 minutes packed with zombies, flying dinosaurs, evil geniuses, secret potions, killer robots and even the queen of England. Axe Cop himself (voiced by Nick Offerman) is a hatchet-wielding policeman with a penchant for saving the world. The Fox publicity materials reveal he was created with the help of a 5-year-old boy, and you have no trouble believing that, especially in this week’s poop-oriented tale.

Given Axe Cop’s wonderfulness, I vote for more 5-year-old TV consultants. Who else could have written a line like this: “What?! A jetpack-wearing zombie!!” 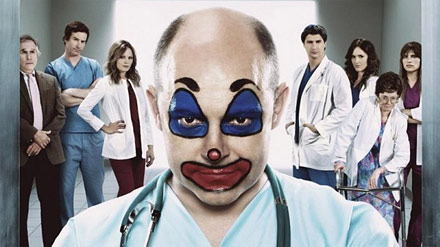 Arguably, Childrens Hospital is the strangest show ever to air on TV. And there’s no argument whatsoever that it’s the strangest show ever to win an Emmy (for Short-Format Live-Action Entertainment Program). Creator-writer Rob Corddry stars as a doctor in a pediatric hospital who wears ghastly clown makeup, all the better to “heal patients with laughter.” He’s viciously parodying Robin Williams’ doctor from Patch Adams—and the viciousness doesn’t stop here. In season five, Corddry and his game cast (including such stellar names as Henry Winkler, Michael Cera, Jon Hamm and Megan Mullally) gleefully brutalize medical-show clichés. Their surreal approach makes Samuel Beckett’s work seem practically rational.

In other words, don’t be alarmed when Corddry’s character is shot, stabbed and electrocuted to death in the season premiere. It will in no way affect his participation in next week’s episode.

American Haunting
Saturday, 7 pm (A&E)
This three-hour special features multiple families experiencing paranormal activity in their homes. A&E sets up surveillance cameras to capture the ghostly events, as well as “confessional cameras” that allow family members to express their terror, preferably in the middle of the night.

The McGlone family of Grayson, Kentucky, are prone to sleepwalking while possessed by demons. They usually end up by the knife drawer as the soundtrack lays on the eerie sound effects: the heartbeat, the screeching whistle, etc. The McGlones call in one of those paranormal-investigator teams that, judging from cable reality series, never lack for work.

Personally, I think hiring the investigators is a waste of money. My advice is to simply turn off the sound effects. It’s well known that ghosts can’t thrive in the absence of heartbeats and screechy whistles.

Unforgettable
Sunday, 8 pm (CBS)
For TV crime dramas, it’s been a summer of ambiguity. Good and evil are hard to distinguish in Ray Donovan, The Bridge and other cable series that traffic in trendy moral rot. By contrast, Unforgettable is an old-fashioned broadcast-network police procedural—and I mean that as a compliment. Heroine Carrie Wells (Poppy Montgomery) has a single notable characteristic, but it’s a good one. Her photographic memory allows her to piece together clues like no one else in the New York City police force. You could argue that Montgomery’s lips are too pouty, and her eyes too dreamy, to be a believable detective. But Unforgettable doesn’t care about being believable as much as being enjoyable. And in that goal, it succeeds.

The season premiere finds Carrie and partner Al Burns (Dylan Walsh) transferring from Queens to a spectacular major-crimes office in Manhattan, outfitted with the latest in surveillance equipment. They try to crack a kidnapping case, which offers just enough twists to keep you coming back from commercial breaks. After a summer’s worth of edgy cable crime series, I can’t tell you how refreshing it is to see the good guys win. 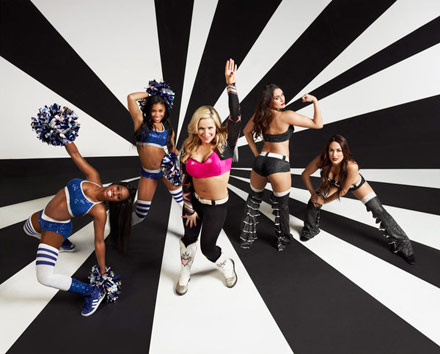 You have to admit that the women of WWE wrestling make for fascinating reality subjects. In the premiere of Total Divas, we meet female wrestlers all along the WWE spectrum. Just back from a hiatus, the Bella Twins are on top, being sexy and young. One of them is involved with WWE’s muscle-bound John Cena, and you’re not sure whether he will give her a ring or slam her to the canvas. The Funkadactyls are a rung lower than the Bellas, despite a signature move called the Rear View in which they smack their butts into opponents’ faces. Clearly, they have a bright future.

Finally, there’s Natalya, who works hard but gets shunted aside by the WWE, presumably because she’s growing older. “The Bellas leave for a year, then walk right back in like they never missed a beat,” she complains. “How unfair is that?”

Cyclists in Fairfield: For the Love of the Ride | Fairfield Cyclists Share the Joys of their Favorite Pastime