Luther (Tuesday-Friday, 9 p.m., BBC America) features Idris Elba as the hulking London detective John Luther, whose crime-solving intensity sometimes leads to questionable tactics. Season three begins with a scary scene that made me put my hands over my eyes. I won’t divulge the details so you can enjoy the terror as much as I did.

Suffice it to say that Luther plunges into a creepy investigation that tests his ratiocinative genius. Meanwhile, his enemies on the force determine to expose what they see as his criminal behavior. They try to turn Sergeant Ripley (Warren Brown), his own partner, against him.

Along with the world-class acting you take for granted in a British production, Luther creates a strong sense of place. The police office isn’t one of those tastefully lit numbers familiar from American cop shows, but a realistically dismal interior buzzing with fluorescent bulbs. Luther’s investigation takes him to other bleak locations in London’s underbelly.

I can’t wait to see how season three turns out—though, admittedly, it will be hard to see anything with my hands over my eyes.

Young Man with a Horn
Friday, 7 am (TCM) 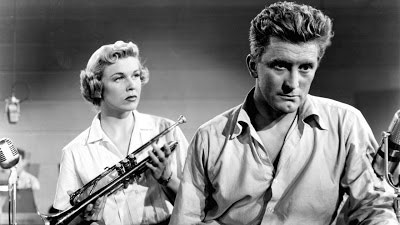 I try not to let my personal obsessions intrude on this column. I mean, when was the last time I insisted you watch something that matters deeply to me but not to most other viewers? Did you hear me say a word about the Twilight Zone marathon on Syfy last month? Nope, not a peep.

But I’m going to make an exception this week. On Friday, TCM features a daylong Kirk Douglas marathon on its “Summer Under the Stars” series. At 7 am is 1950’s Young Man With a Horn, my favorite movie and one you’ve probably never paid much attention to. Critics have certainly paid no attention, and to me that’s inexplicable. Douglas gives one of cinema’s most passionate performances as a troubled jazz trumpeter, with unforgettable supporting turns from Lauren Bacall, Hoagy Carmichael and Doris Day. Director Michael Curtiz (Casablanca) brings out the story’s humor and pathos, and Douglas’ majestic trumpet solos are dubbed by Swing Era master Harry James.

Won’t you please take the morning off work to watch this wonderful, overlooked film? For me? 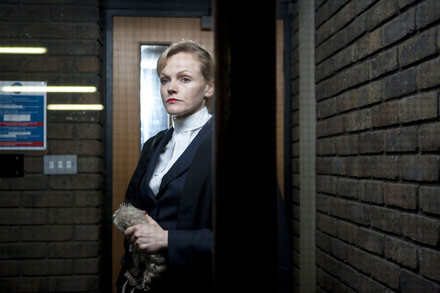 Masterpiece Mystery! can try one’s patience with its slow, quaint period pieces. But in “Silk” the pace picks up, and the costume shop gets a rest. The series is set in contemporary London’s legal world, where smart barristers joust in and out of court. The series juggles multiple characters and subplots, challenging you to keep up.

In this week’s episode, the fierce Martha Costello (Maxine Peake) goes the extra mile in defending a 16-year-old prostitute who’s fallen under the tutelage of an evil pimp. Martha’s cynical rival Clive (Rupert Penry-Jones) sneers at her charitable excesses: “There’s a thin line between altruism and self-indulgence.” It’s a cruel comment, but he has a point.

I proclaim “Silk” not guilty…of being boring.

Eddie, you may kiss the bride. Or, if you’re smart, you may run out of the church as fast as you can. I’ll be right behind you.

Making fun of James Franco is a national pastime, despite his acting talent and leading-man looks. There’s his pretension as a filmmaker, visual artist and writer, not to mention his bizarre stint as Oscars host. To his credit, Franco always seems in on the joke, though his tolerance will be tested as comedian and actor friends brutalize him in a Comedy Central roast hosted by Seth Rogen.

If Rogen can make his friend look dumber than he did in his recent film This Is the End – where Franco got himself eaten by cannibals – this will be a roast for the ages.