Just as no theatrical film this year has been as moving or funny as Behind the Candelabra (the five minutes of Rob Lowe’s scenes are funnier than the entirety of The Heat), the first three episodes of the last season of Breaking Bad are immeasurably more exciting than any movie this summer. There’s something thrilling and depressing about this: Hollywood movies are now mainly as interesting as a rich dude telling you the story of how he bought his Porsche. At the same time, TV used to be laugh tracks and moralistic legal dramas about the dangers of junk bonds. Mainstream movies have gotten lame but, damn, TV is now really good. 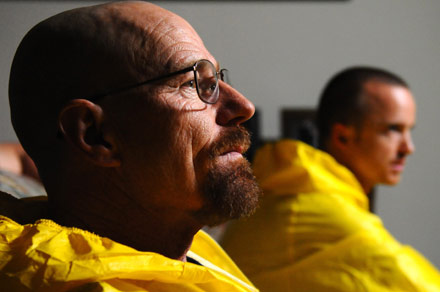 It’s generally accepted that the holy quadrant of the Golden Age of TV is The Wire, The Sopranos, Breaking Bad, and Mad Men. To me, The Wire is clearly the best, in the ranks of Tolstoy, Charles Mingus, Lawrence of Arabia, and Stravinsky—pinnacles of human creativity and empathy. However, I think Breaking Bad is clearly the runner-up. After James Gandolfini’s untimely passing, I rewatched The Sopranos, and while it reached peaks no other shows ever hit, there was considerable dross. Mad Men, though often poetically dazzling, sometimes falls prey to a sort of rote “weren’t the 1960s sexy” fetishism. 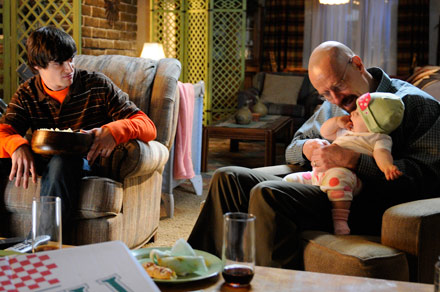 But there has never been a series as finely calibrated as Breaking Bad. When I first heard about it, I thought it was a jokey show (chemistry-teacher square starts selling meth, HA!). But by the third episode, when they dissolve a murder victim in acid, it became clear that despite the gallows humor, it was no laughing matter. Unlike the pedestrian grisliness of The Walking Dead, Breaking Bad’s brutality is rooted within the clear-eyed expanse of the everyday. With its ranch homes, fast-food restaurants, and lame suburban cars, Breaking Bad harkens back to the sun-baked noir of Bring Me the Head of Aflredo Garcia but infused with the modern sheen of subdivisions and scientific acumen. Quite simply, there’s never been a TV show as cinematic as Breaking Bad. Sure, Boardwalk Empire and Game of Thrones are more epic, but Breaking Bad feels like serious, darkly entertaining filmmaking. 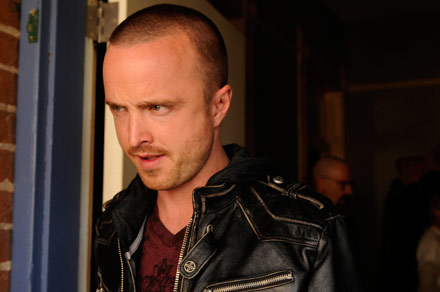 Walter White, Jr. (RJ Mitte) and No other shows have had these transformations: Walt from dad-rock stooge to terrifying bald-domed Satan, Jesse from stoned comic foil to unbearably anguished moral compass, Hank from booyah alpha idiot to the only honest man in town. Breaking Bad has attained the true status of tragedy.

You can go to the theaters and watch Forest Whitaker studiously serve Robin Williams and John Cusack under mounds of prosthetics, or you can watch the best movie of the year that just happens to be eight hours long.  A

From Bluegrass to Lou-Grass: Lindsay Lou | Lindsay Lou & the Flatbellys Forge Their Own Musical Path