The Goldbergs: more than just an ’80s parody.

The 1980s take a beating in The Goldbergs (Tuesday, 8 p.m., ABC). An adult narrator looks back on his childhood in the days when REO Speedwagon seemed profound and even middle-aged moms wore the Madonna hairdo. The Goldbergs are a hostile-yet-loving family with a nutty grandfather (George Segal), a bossy mother (Wendi McLendon-Covey) and a dyspeptic dad (Jeff Garlin), plus three kids for the adults to yell at. Dad is the champion yeller, though the narrator insists his insults are really endearments cloaked in harsh language. When Dad snarls, “You’re not a total moron all the time,” a subtitle appears with a translation: “I love you.” 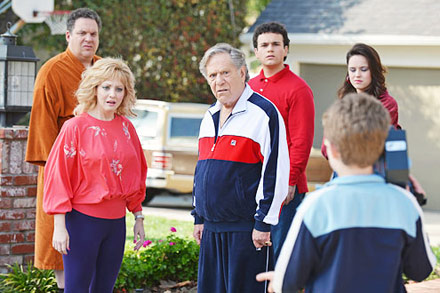 The Goldbergs could have settled for easy laughs about Burt Reynolds and Gobots, but it wants to be more than just an ‘80s parody. It wants to find humor in an unsettling family dynamic that feels all too real (indeed, the series is based on producer Adam F. Goldberg’s own childhood). I found myself both laughing and cringing at the mixture of guilt, shame and affection.

The Goldbergs is the hardest-to-watch sitcom of 2013-14. Translation: I love it.

Just when you think old-fashioned, multi-camera, laugh-track sitcoms are dead, here comes producer Chuck Lorre (Two and a Half Men) to prove you wrong. Lorre’s latest throws one problem after another at its hapless protagonist, Christy (Anna Faris): a dead-end waitressing job, an incorrigible tramp of a mother (Allison Janney), a promiscuous daughter (Sadie Calvano) and a married boyfriend (Nate Corddry). Overwhelmed by the chaos in her life, Christy is reduced to reciting “daily affirmations.” “I open my heart and allow wonderful things to flow into my life,” she intones, right before catching her daughter’s shirtless boyfriend sneaking out a bedroom window. The daily affirmation immediately transforms into: “My daughter is an easy lay and it’s not my fault.”

Mom is blessed with deft comedians, a witty script and, best of all, a humane perspective. Open your heart and let this wonderful new series flow into your life. 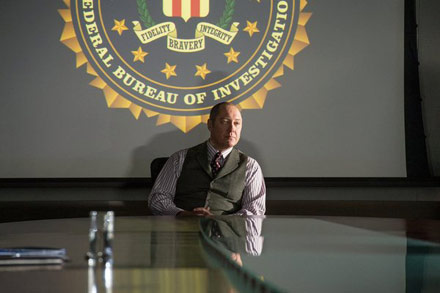 The Blacklist is the rare dramatic series with a criminal mastermind worthy of the name. Raymond Reddington (James Spader) is a military officer who turned to the dark side for mysterious reasons. For equally mysterious reasons, this reptilian character offers to work with the FBI on tracking high-level terrorists. His only condition is that he deal exclusively with Elizabeth Keen (Megan Boone), a new agent who knows nothing about him and wonders why he knows everything about her. 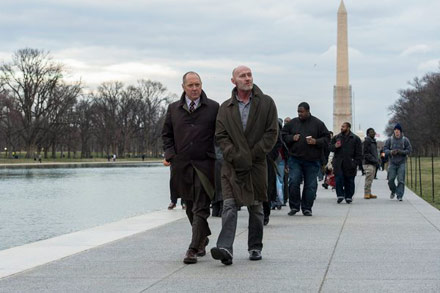 In the pilot, Reddington messes with Keen’s mind the way Hannibal Lecter did with Clarice Starling’s. He turns her life upside down by making her aware of trap doors – both literal and figurative – she never knew existed.

Taking a cue from Reddington, The Blacklist messes with our minds. The pilot has so many sinister twists that you grow as paranoid as Keen, wondering what will happen next. I can’t wait to see what trap doors await us in episode two. 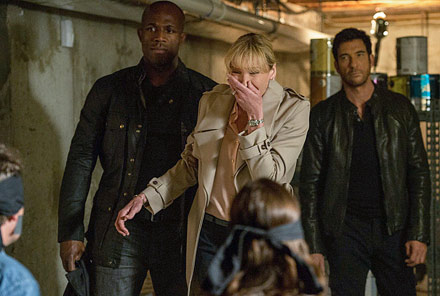 In this new dramatic series, a happy family is held hostage by domestic terrorists. The mother (Toni Collette) is a prominent surgeon who will be operating on the President of the United States the next day. Carlisle (Dylan McDermott) and his goons break into her house and insist that she surreptitiously kill the President during the procedure. If she refuses, he will have her husband and kids murdered.

It’s a classic case of good guys versus bad guys…or is it? Turns out the happy family isn’t so happy after all, with secrets galore. Meanwhile, the villainous Carlisle shows signs of having a heart.

Hostages keeps you pleasantly confused while delivering one gripping scene after another. I have no idea what will happen in episode two, but I wouldn’t be surprised if, somehow, we ended up rooting for the President’s death.

The blond trophy wife is usually an object of ridicule, but in this new sitcom she’s the heroine. Kate (Malin Akerman) marries an older man (Bradley Whitford) who comes with a chaotic extended family: a flaky ex-wife (Michaela Watkins), a mean ex-wife (Marcia Gay Harden) and several children. The ex-wives are resentful of her, and the kids suspicious, but Kate does her best to reform her party-girl ways and fit in.

Trophy Wife is a promising variation on Modern Family. The whole cast is funny, right down to the grade-schooler playing an adopted son. In the title role, Akerman is at once sexy, warm and relatable – the Holy Grail of sitcom qualities. I have no doubt her character will succeed at fitting in…fitting into my Tuesday-night viewing schedule, that is.

Like a Palace: The Paramount Theatre in Cedar Rapids | Free Tours During September 15 Open House