With a modern  spin on Tennessee Williams’ Streetcar Named Desire, writer-director Woody Allen takes the immortal tale of New Orleans to contemporary San Francisco, installs a top-notch cast including some of Britain’s best, and titles it Blue Jasmine. 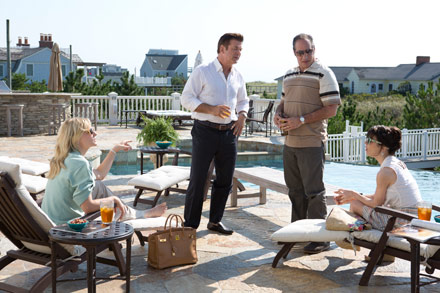 ﻿Jasmine’s upscale life abruptly ends when her husband is exposed for fraud in Blue Jasmine.

Cate Blanchett stars as Jasmine, and the word “stars” barely captures her uncanny takeoff on Blanche DuBois. My last recollection of such a wide range of performance from a single character was in 1999 when Naomi Watts starred in David Lynch’s Mulholland Drive. Blanchett is the delusional ex-wife of a Wall Street scoundrel (Alec Baldwin) who lives large on other people’s investments and enjoys an active extramarital social life. But her first-class cosmopolitan lifestyle is Jasmine’s priority, so she learns not to ask too many questions and she convinces herself that her husband is the admirable man he pretends to be. 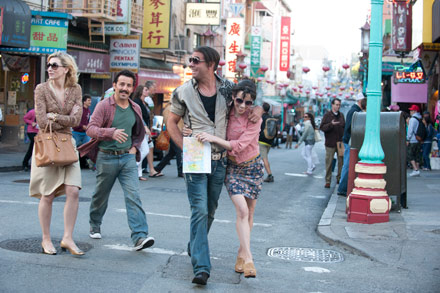 ﻿Jasmine leaves her high-society life to live with her sister in San Francisco in Blue Jasmine.

Sally Hawkins (Happy Go Lucky) is Jasmine’s divorced sister Ginger and a modern version of Stella. Ginger lets Jasmine move into her humble San Francisco apartment when Jasmine leaves New York in search of a new life. But being wired like Blanche, Jasmine is not a gracious houseguest. She is critical of her sister’s low standards, and she’s constantly at odds with Chili (Bobby Cannavale), Ginger’s “Stanley Kawalski” beau. Chili is put off by Jasmine’s high-falootin attitude, while Jasmine takes offense at Ginger’s taste in working class men. 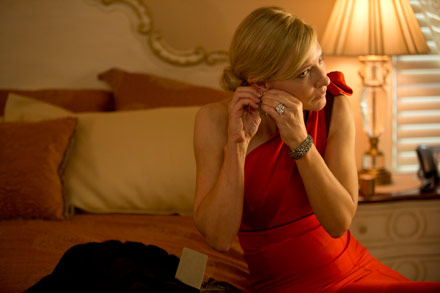 Blue Jasmine is woven with flashbacks that bring us up to date, and none of it is a pretty picture. Jasmine has her moments of clarity but she’s falling apart. She’s desperately in search of a fresh start, but rather than learning from her mistakes, she just wants a replacement life so she can pick up where she left off. 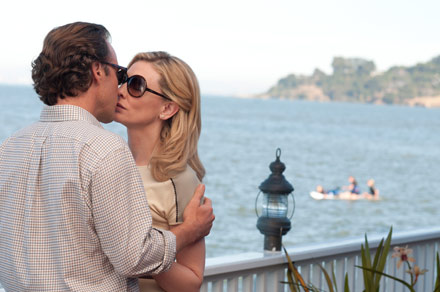 By now you’re wondering, if it’s a Woody Allen movie it must be funny, right? Yes, there’s some humor, but not levity like Annie Hall. Remember, you’re in Streetcar land, so be prepared and line up some comedy as a chaser, because this story is not a happy romp. But don’t miss it. Blanchett’s performance alone makes Blue Jasmine worth its weight in blue-collar gold.  A

You Get Mom, I'll Take Dad: The Millers | Siblings Have Unexpected Houseguests When Their Parents Split Up in The Millers