﻿Hugh Jackman plays the distraught father of a missing girl in Prisoners.

P ray for the best and be prepared for the worst. That’s the motto of this dark but intricately clever thriller about a kidnapping in suburban Georgia. Here’s mine: Be prepared. Do not see Prisoners alone. Take several friends who are not on a tight schedule, you’ll need them to stand around with you in the parking lot afterwards sorting it all out. With that in mind, you’ll want to watch this two-and-a-half hour film like a scientist. Pay attention to every detail because nothing is random. Writer extraordinaire Aaron Guzikowski (Contraband) introduces every person, object, and event intentionally. If you’re an exceptional sleuth, you’ll pull all the pieces together by the time you drive home. If you’re like me you’ll be connecting the dots for days. 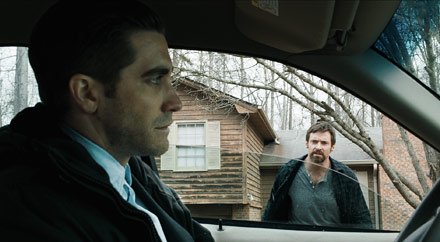 Here’s the summary. Two families named Dover and Birch are neighborhood friends sharing Thanksgiving dinner at the Birches. But when their young daughters Joy and Anna take a walk to the Dover house, they suddenly disappear. The only clue is an RV that was parked in the road earlier. What follows is the frantic search for the missing girls by Anna’s dad Keller Dover (Hugh Jackman) and police detective Loki (Jake Gyllenhaal). Jackman nails it as the distraught dad, an intense guy who takes matters into his own hands. Gyllenhaal creates a somewhat mysterious Loki, a loner with strange posture and a facial tick, but he’s focused and determined with a good track record, and he takes criminal acts against children very personally. 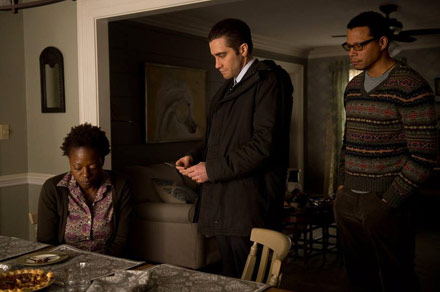 Canadian director Denis Villeneuve crafted unexpected silence into this crime mystery. There’s not much noise or fast action, it’s a surprisingly quiet drama that advances at an elephant’s pace, measured and deliberate, pulling you along one step at a time. Every character makes an impression, including a red toy whistle and an enigmatic maze. You will never feel that the movie is too long, but you will wish the ending was less abrupt. Many of us are squeamish about stories of child abduction but this one is too unusual and well written to miss.  A