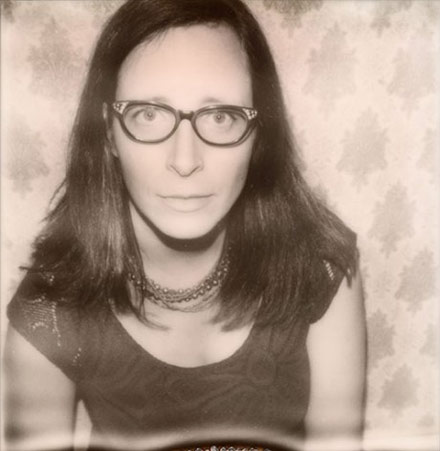 Laura Viers made the 2013 list for her song” Shape Shifter.”

During my MBA student days at University of Pittsburgh in the early 1970s, I developed a special passion for music outside the mainstream. My inspiration was a DJ named Don Davis at WDVE-FM, whose eclectic programs explored emerging talents and obscure underground tracks. For the past eight years, through my weekly radio show Fringe Toast Music at KRUU-FM, I have shared my own penchant for music from “off-the-beaten track.”

We are blessed with so much good music today, yet the challenge continues to be finding the really good stuff. Toward that end, it’s time for the annual Crispy Awards, recognizing outstanding new releases that typically do not get much play on mainstream AM radio stations.

Here’s my list for 2013, organized alphabetically by artist rather than rank.

1. Assembly of Dust (“Cluttered,” “Lost and Amazed”). The New York jam band features the writing and singing talents of Reid Genaur, who extols the virtues of the common working man on both tracks.

3. AM & Shawn Lee (“All the Love”). Swinging guitars, beats, and cool vocals remind us of ’80s band the Romantics.

4. Alt-J (“Tessellate—Ben DeVries Remix”). The delightfully kooky English band mixes it up and seems destined for a really good wave of attention.

12. Jamie N. Commons (“Lead Me Home”). This track of Louisiana swamp blues from the UK songwriter was used as theme music for AMC’s Walking Dead soundtrack.

13. K.T. Tunstall (“Feel It All—Band Jam Radio Edit”). Upbeat song about “feeling on a wire,” marveling about a relationship so smooth and wonderful.

14. Laura Marling (“When Were You Happy? [And How Long Has That Been]”). Beautiful 23-year-old UK folk-singer is a throwback to the classic late ’60s icons.

15. Laura Veirs (“Shape Shifter”). This is my favorite song of the year. It will haunt you in wonderful ways. Her producer husband has brought fabulous arrangements to her lyrical talents.

17. Luminous (“Liberate Your Heart”). DJ Gary Butcher from the Café Del Mar series lays down an electro-acoustic chill track that opens up the heart chakra. 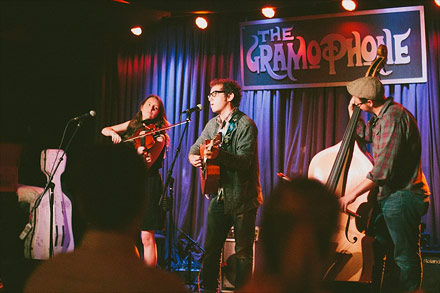 19. Opera to Relax (“Kyle of Lochalsh”). Resurrection of an obscure late ’90s song from German husband-wife duo with an exotic blend of alluring vocals, keyboards, and soft sax from the 2013 CD Liquid Sound Vol. 1. This track is so obscure that we allow it as a new release.

20. Parov Stelar Trio (“At the Flamingo Bar”). Austria’s Marcus Füreder is the king of electro-swing. His   music borrows themes and samples from the 1940s and adds modern beats, vocals, and electronics.

22. Sarah Jarosz (“Over the Edge,” “1000 Things”). Nominated for a Grammy at 19, Austin-based songwriter Jarosz graduated from New England Conservatory of Music this year. These tracks show great promise for her budding career.
23. Tony Joe White (“Who You Gonna Hoodoo Now?”). White’s song “Poke Salad Annie” was a big hit in the 1960s. Tony digs deeply into his Bayou roots.

• • •
Consider the possibility of assembling this playlist for your next casual party. See how many people ask you, “Where did you get this music?” Let the smile spread across your face!  Ah, yes! We live deliciously for such moments.

How to Survive Valentine's Day, the Most Dreaded Lovefest of the Year