There’s only one word for the Coen Brothers’ 1996 movie Fargo: genius. It creates a parallel universe where a desperate family man contracts with criminals and gets tripped up by a cop who’s shrewder than she looks. The Coens keep comedy and carnage, satire and suspense, in perfect balance. As I said, genius. 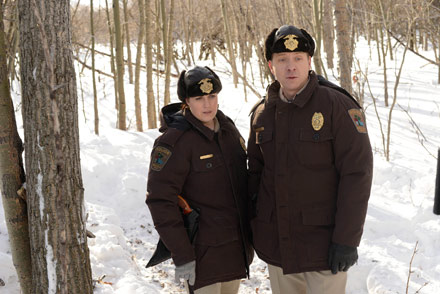 Joel and Ethan Coen executive produce the series-TV version of Fargo (Tuesday, 9 p.m., FX), but you can tell they had little to do with it creatively. The production adapts the movie’s plot, with a doormat of a husband (Martin Freeman) relying on a bad guy (Billy Bob Thornton) to do his dirty work. We get the frozen landscape, the parade of dimwitted grotesques, and the regional patois, oh yah you betcha. What we don’t get is a heightened reality that feels real. Or a mood. Or – the Coens’ greatest achievement in their merciless movie – a bit of heart.

Ultimately, it’s hard to put your finger on why the original Fargo works and a close copy doesn’t. You’re simply left to ponder the nature of genius. 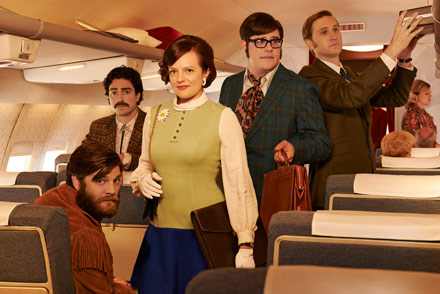 Mad Men begins its final season, which will be broken into two parts: seven episodes in 2014 and seven in 2015. The series has been working its way through the 1960s, viewing the upheavals in American life through the lens of New York City advertising agencies. Last season was set amid the horrors of 1968, including the assassinations of Martin Luther King Jr. and Robert F. Kennedy and the violence at the Democratic National Convention. Just as it did for the country as a whole, life bottomed out for shadowy ad man Don Draper (Jon Hamm). He ended season six alienated from his wife and suspended from his job. 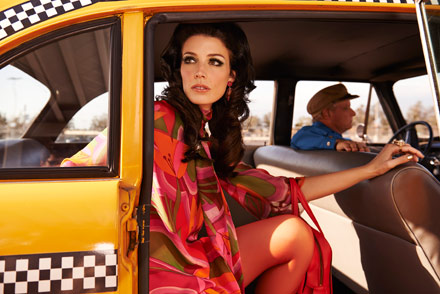 It’s hard to believe things could get any worse, but that’s just what Americans said at the end of 1968. Cue the horrors of 1969, including the Manson murders, Altamont and the start of the Nixon presidency.

This revealing portrait of the late Libyan leader portrays a madman who would kill anyone who got in his way. Once he even ordered that all the camels in Tripoli be assassinated. Witnesses describe their bloated bodies littering the streets.

Along with its chilling account of Gaddafi’s rise and fall, the documentary gets up close with the amoral people who associated with him, from poison dealers to bomb makers. Apparently, there’s an underworld of creeps (many of them from the U.S. and Europe) who are more than happy to enable mass murder if the price is right.

When Air Force One blows up over the Bermuda Triangle, the president drops to the bottom of the ocean in a sealed pod. No problem, you say: Just send a Navy ship to rescue him, led by a steely-eyed admiral (Linda Hamilton). Ah, but what about the giant worms that begin surrounding the vessel?

"Do they seem hostile?" the admiral asks, as if tentacles stretching hundreds of feet out of the water could be anything but hostile.

While not in the league of the greatest giant-worm movie of all time, Tremors, Bermuda Tentacles offers plenty of attractions for creature-feature fans. A wild-eyed worm specialist who happens to be on board (always good to have one of those in the middle of the ocean) chalks up their extraordinary size to "bioelectrogenesis." And dozens of extras give up their lives, impaled by the pointy tentacles.

But they do not die in vain. If you see one bioelectrogenesis movie all year, make it Bermuda Tentacles.

We revere Abraham Lincoln’s Gettysburg Address for saying so much in so few words. The task of commemorating the speech’s 150th anniversary falls to Ken Burns — a seemingly appropriate choice, given his acclaimed documentary on the Civil War. But Burns blows the opportunity.

His approach is to follow a group of learning-disabled kids charged with memorizing the Gettysburg Address at their Vermont school. That premise might have been touching in the hands of a filmmaker with a feel for contemporary life. Burns, by contrast, is more attuned to the rhythms of the 19th century. He’s slow and plodding, filming long scenes of the students studying and the teachers expounding. The scenes have so little payoff that you begin to feel like you’re trapped in the most boring school year of all time.

Burns himself fails to grasp the virtue of the Gettysburg Address: brevity.

Will I Outlive My Money? What To Do When the Answer Is Yes