Irrfan Khan as Saajan in The Lunchbox (photo by Michael Simmonds, courtesy of Sony Pictures Classics)

Debuting at the Sundance Film Festival, The Lunchbox is an absolutely lovely film from India about two lonely people making a connection in an unexpected way in the huge, bustling, densely populated city of Mumbai (often called India’s New York City). 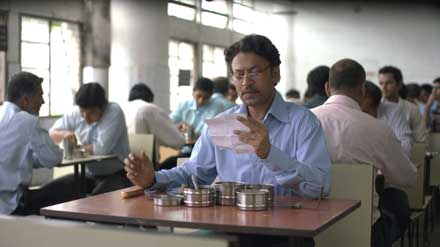 Nimrat Kaur as Ila in The Lunchbox (photo by Michael Simmonds, courtesy of Sony Pictures Classics)

Saajan, a widower, is about to retire from his clerical job at an insurance company and is discomfited by the eager go-getter Shaikh (Nawazuddin Siddiqui), who is replacing him. Saajan is portrayed with quiet dignity and subtle emotion by Irrfan Khan, a renowned longtime Indian actor who has been featured in the West in films (Life of Pi, The Namesake, Darjeeling Express, and Slumdog Millionaire, among others). Ila, a young woman trapped in a loveless marriage, is portrayed sensitively by Nimrat Kaur, who is an award-winning stage actress in India. Central to this film are the famous dabbawallas of Mumbai. Via bicycle, train and other transportation, including on foot, they daily deliver individual lunches prepared by mothers, wives, and restaurants to thousands of workers . . . never delivering the wrong meal to the wrong person. The phenomenal efficiency and accuracy of this system has supposedly been marveled at and studied by Harvard Business School. Actual dabbawallas are featured and right from the beginning the audience witnesses the complicated delivery system in action. 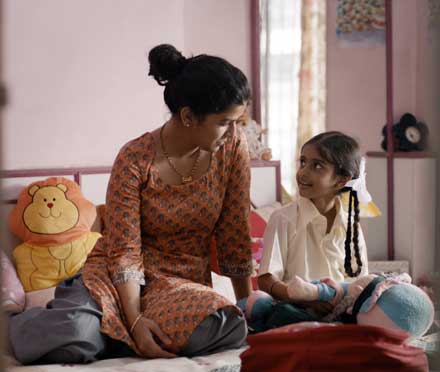 The charming conceit of this film is that Ila’s dabba for her husband is erroneously delivered to Saajan. As a result, a connection is made, a new awareness is kindled in both of them, and with that comes the impetus for change. How that plays out in the film is brilliantly and provocatively understated. There is even a subtle kind Greek chorus provided by loud comments from Ila’s always heard but never seen auntie from the apartment above. This film is an example of principles I like to see in both books and movies: "show, don’t tell" and "less is more." In this simple, quiet, moving story, two people rediscover, when least expected, that life is full of possibilities. I highly recommend this gem of a film.