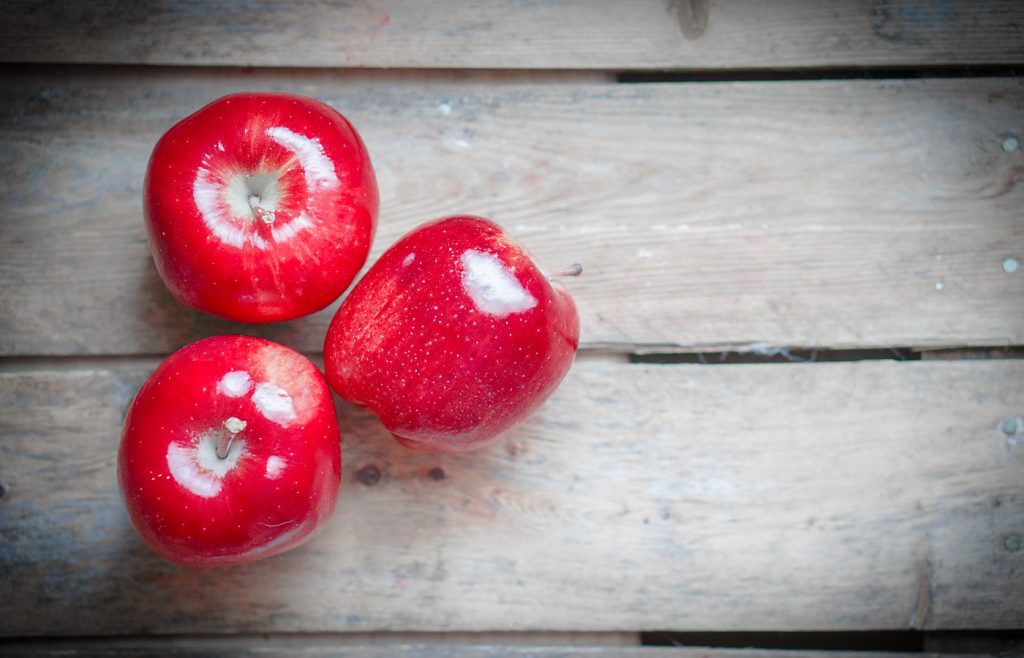 Coffee and a Doughnut at Rulf’s Apple Orchard on a Mild September Morning in Peru, New York

I rarely travel. I don’t enjoy
the journey. I’ll live like Proust
so often in bed
if friends keep annoying me about
only traveling in my head. I get
what Thoreau wrote: “I have
travelled widely
in Concorde.” I’ve never been
to Concorde, but will
drive to Montreal. Yet, I prefer
riding the train. I enjoy

waiting at the border, that quiet
intrusion as I read, or write
a letter, or study
dark clouds about to burst.
I’ll drive to Burlington, Vermont, even
take the ferry across
Lake Champlain if the wind
is not a south wind, the waves too rough.
I’ll drive to Saratoga, but not
during the thoroughbred season.
I will not fly anywhere until

I can fly to Japan, and arrange
not ever coming back. I can imagine
boarding a fast train, Tokyo to Kyoto,
blazing light to tranquil
gardens until I die. No roads diverge
in any woods. I don’t walk
into forests, or hike
any path, or hill, or mountain.
I’d like to drift along an ocean beach
again someday, if I find
the time to find my way

to Gloucester, Massachusetts, or York, Maine.
I’d love to step into the Pacific
once, in southern California, but
again, that flying, and again not
ever, never, to return home.
But, it’s not Japan. It would be
fine, but not Japan.

I’ll keep reading, watch too many old
movies, walk the lake beach, this small
city’s streets, write letters
to the few friends who still
write letters, even short letters.
Many people must imagine
travel bestows enlightenment. I wonder if

they believe they should travel
more? I don’t ask, but most
folks seem to love traveling. They want
to keep moving. I guess
they are excited to scold me, but I’m not
planning on changing, unless
something powerful, or frightening

pulls me to Japan at last.
I’ve read doughnuts have no redeeming
value and are empty
calories, full of nothing.
I take my coffee black. All that caffeine,
all that sugar, right now
in this doughnut and coffee

has me a bit wired
this morning, but
liking it. I don’t often have a coffee
with a warm, fresh
Rulf’s doughnut.
I try to wait
a long time between

all petite desires
until I’ve forgotten, until

I’m stunned
how good nothing can taste.

after song bird trills
end a sensual daydream in the ever

Black as pitch
obscure in a tangle of thick
wet branches

a quivering denial
this pause before yet another

Michael Carrino holds an MFA in Writing from Vermont College. He is a retired English lecturer at the State University College at Plattsburgh, New York, where he was co-founder and poetry editor of the Saranac Review. His publications include Some Rescues (New Poets Series, Inc.), Under This Combustible Sky (Mellen Poetry Press), Café Sonata (Brown Pepper Press), Autumn’s Return to the Maple Pavilion (Conestoga Press), and By Available Light (Guernica Editions), as well as poems in numerous journals and reviews. Carrino was a judge for The Iowa Poetry Association’s 2013 anthology Lyrical Iowa.

The Maker Movement: Out of the Pigeonhole & Into New Markets