The Lost City of Z taught me four things. First, it educated me about the legend of an ancient civilization, a lost South American empire dazzling in light and gold, commonly known as El Dorado—or as Percy Fawcett called it, “Zed” (British for “Z”).

Born in Britain in 1867, Fawcett was a gentleman geographer, cartographer, surveyor, and archaeologist in the British explorers’ hall of fame. He was commissioned by the Royal Geographical Society to explore the vast Amazon wilderness and establish the geographical border between Bolivia and Brazil, a treacherous assignment from which he would probably never return.

But danger was no deterrent. Fawcett (played by Charlie Hunnam, Sons of Anarchy) kissed his wife goodbye and embarked on the long, arduous journey, equipped with a seasoned guide (Twilight’s Robert Pattinson) and a few dubious companions supplied by the commission. And thanks to his compass, machete, and insatiable sense of wonder, Fawcett succeeded.

When he showed the Society his pottery shards from an empire that predated Britain, the aristocracy jeered, assuring him that only savages dwelled in the jungle. But Fawcett knew better and determined to find the lost city. He forged seven expeditions through the Amazon, though the film shows three, which—from a viewer’s perspective—was plenty.

As history reports, in 1925, Fawcett and his son returned to the Amazon but were never seen again, staging a mystery that would plague the civilized world. Many explorers traced Fawcett’s route, hoping to find him living among the natives, but the trail always went cold. And many search parties never returned.

But here is Lesson #3. In 2005, following three years of research and exploration, The New Yorker staff writer David Grann captured his own passion for Fawcett in his 2009 book, The Lost City of Z: A Tale of Deadly Obsession in the Amazon. And the power of Grann’s writing inspired screenwriter-director James Gray to try to transfer the magic to the big screen. Hunnam’s portrayal is utterly elegant and satisfying, though probably classier than the real explorer, who befriended cannibals. But Gray’s screenplay tried so hard to share Fawcett’s entire history that the burden of information dampened the story’s adrenaline. 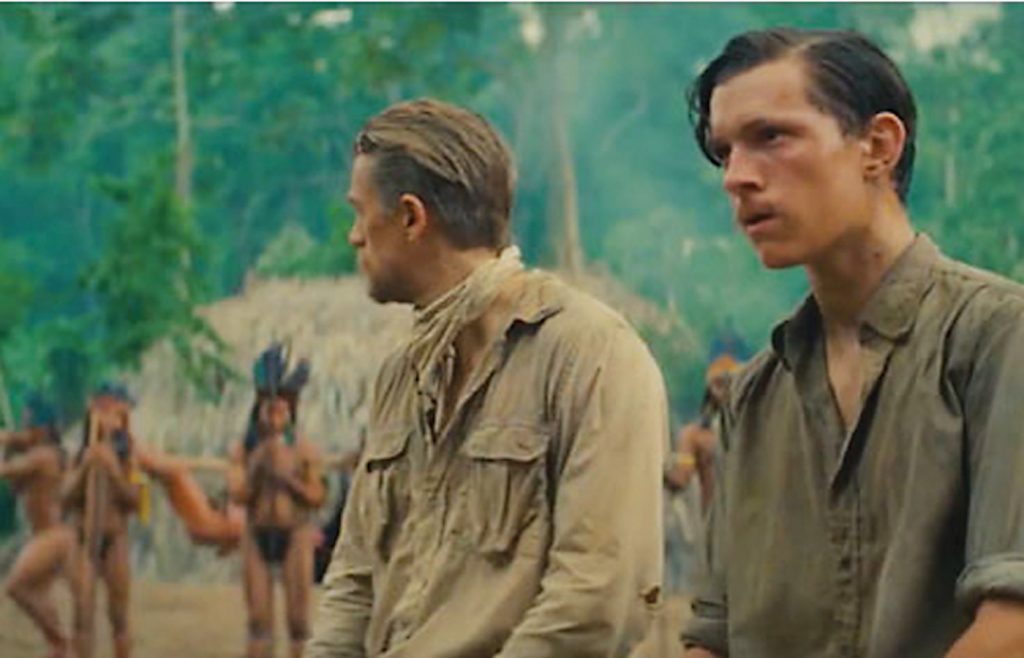 And cinematically, Fawcett’s discovery of evidence of an ancient world, which should have been an explosive pivotal moment, was barely noticeable.

Ultimately, the film lost its most precious ingredient: excitement. So Lost City feels more like a book report and less like a thrilling adventure. Easy for me to say, as I sip my brewed coffee at my computer, after Gray and his crew battled Columbia’s scorpions, snakes, and mosquitoes, and challenged the unwritten rule in filmmaking: never make a movie in the jungle. Personally, I was hoping for a haunting experience like Apocalypse Now, which still merits repeated viewings.

Which leads me to Lesson #4. Passionate filmmaking does not necessarily contain passion for the topic. And passion is what this movie is missing, the stuff that makes me care, the way I cared about Captain Willard’s search for Captain Kurtz.

But allow me to exercise my God-given right to switch sides, lest I stand between you and Lost City. Consider that Gray’s understated delivery may work for you. Consider that today’s satellite imagery of an Amazon civilization from 200 AD validates a legend that so many died looking for. And consider that the courage and conviction of Percy Fawcett created a slice of world history that is unforgettable, that few of us could ever imagine. B

Stomp Crushes the Blahs with a Joyful Noise