Actor, author, and #TimesUp co-founder Amber Tamblyn will be at Prairie Lights Books on Sunday, March 10, to read from her new book of essays, Era of Ignition, Coming of Age in a Time of Rage and Revolution, which she described on Twitter as “part memoir, part critique, examining my personal existential crisis during a time when our nation is going through its own.”

In the book, Tamblyn recounts hitting a wall in her mid-20s after growing up as a child actor. Tamblyn first appeared on TV in 1995 in General Hospital, and her many roles include starring in the 2003 TV series Joan of Arcadia and the 2005 movie Sisterhood of the Traveling Pants. In 2016 she wrote and directed the feature film Paint It Black. She has also written a best-selling book of poetry, Dark Sparkler, a novel, Any Man, and essays for the New York Times.

Era of Ignition draws on Tamblyn’s experience in an industry known for racism and sexism. Unable to find support in male-dominated Hollywood to produce Paint It Black, she took the reins and made it happen herself. Emboldened by her success, Tamblyn went on to support Hillary Clinton in 2016, only to witness Clinton’s loss to a man that embodies toxic masculinity. In the face of yet another obstacle, she discovered her personal “ignition” in continuing to speak up by supporting feminism and exposing gender injustice.

“I have seen my own personal journey go from a lost young woman with no sense of control over her destiny to a woman who finally said enough is enough and grabbed hold of her life with force, direction, and inspiration,” she says. “Part of the reason I’ve been able to initiate my own Era of Ignition is precisely because our country is going through its own. Without America’s existential crisis and the questioning of its own values and future, there would be no place for women like me to advance and grow.” 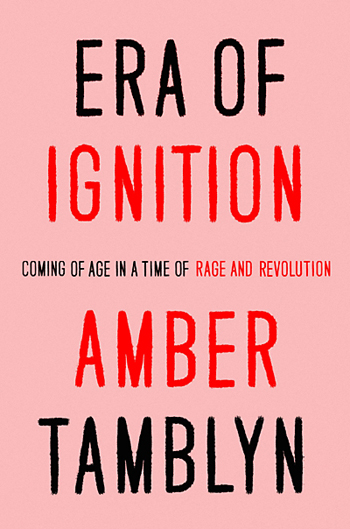 Amy Poehler, a long-time friend of Tamblyn’s who inspired her to direct Paint It Black, endorses the book’s sharp honesty and relevance. “A personal look at big picture questions, Era of Ignition reminds us how powerful, exhausting, and confusing it can be to go through life as a human woman,” she wrote. “A mad, frank, tender, and very good read, written with love by a writer who loves you.”

Ireland's Theatre Lovett Comes to Hancher: "They Called Her Vivaldi"