The Raccoon River Valley Trail located northwest of Des Moines has just been inducted into the Rail-Trail Hall of Fame, according to the Rails-to-Trails Conservancy (RTC), the nation’s largest trails organization.

“The 89-mile Raccoon River Valley Trail is incredible—I’ve experienced it firsthand!” says Brandi Horton, RTC’s vice president of communications. “It is a stunning example of the powerful role trails play in building community and connecting the past, present and future of a place.” said Brandi Horton, RTC’s vice president of communications. “This trail is an invaluable asset to the entire country and an engine for health, wellness, tourism and economic activity for the communities it serves.”

Since opening in 1989, the 89-mile trail has been a vital tourist attraction, offering views of woodlands, prairies, public art, and a unique “lighted bridge.” It connects rural communities to larger cities, including Jefferson, Des Moines and Perry. Plans are in the works to eventually connect the Raccoon River Valley Trail to the world-famous High Trestle Trail. The trail is also an important segment of the cross-country Great American Rail-Trail, a flagship project of RTC that will connect Washington, D.C., and Washington State across 3,700 miles of trail. 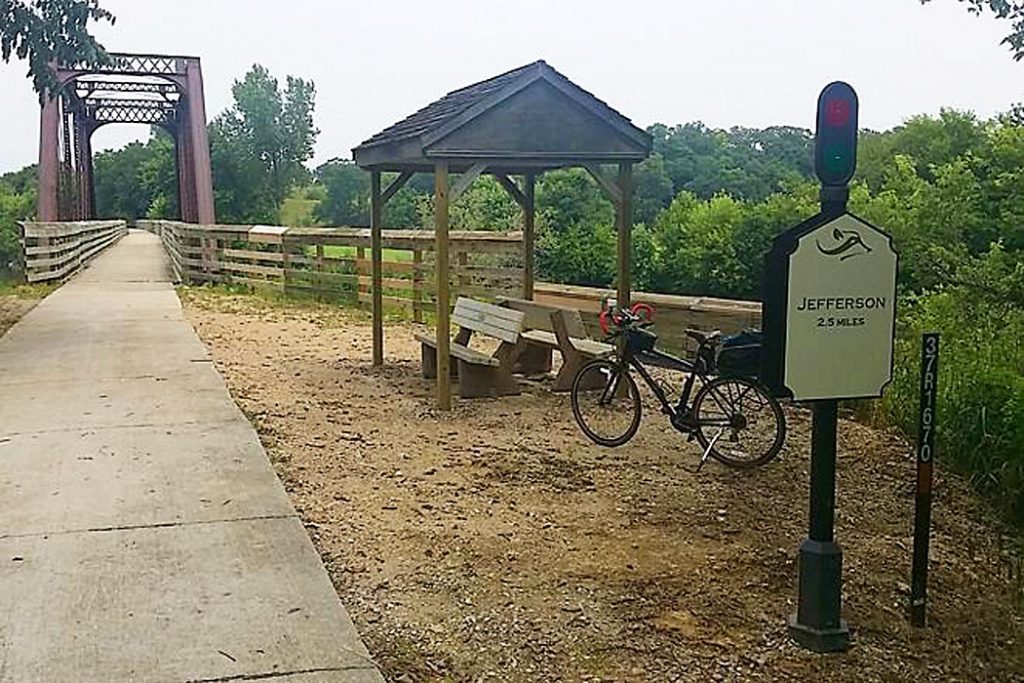 “Being nominated for the Rail-Trail Hall of Fame was an honor,” says Mike Wallace, executive director of the Dallas County Conservation Board and board member of the Raccoon River Valley Trail Association. 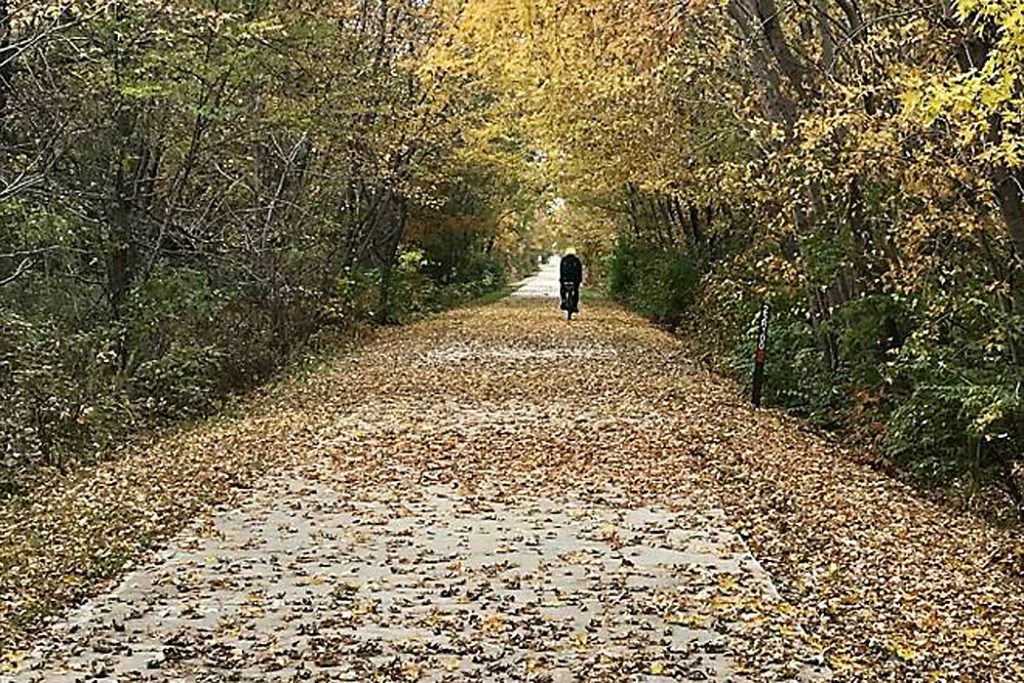 The Raccoon River Valley Trail, the longest and oldest paved loop trail in the nation, was developed using the former right-of-way of a railroad built in the 1870s. Great stretches of farmland that greeted railroad passengers in the 19th and 20th centuries are still visible today along with a canopy of trees that provide great aesthetics, wind breaks, and cooling temperatures for summer users. Artwork on the trail highlights the region’s railroad history, including restored depots, a 350-foot-long trailhead gateway and a lighted bridge that spans the river for which the trail is named. More than 350,000 people use the trail annually, bringing economic opportunities and vitality to the 14 communities that dot the trail, much like the railroad did 150 years ago. Learn more about the trail at raccoonrivervalleytrail.org.