In 2048, law enforcement devises a new crime-fighting strategy: partnering each human detective with an android. The strategy didn’t work so well for Det. John Kennex (Karl Urban), whose android let him down during an ambush that left him in a coma for two years. John returns to the force with psychological damage and a deep distrust of androids. His sympathetic supervisor (Lili Taylor) pairs him with an older-model android named Dorian (Michael Ealy), who, unlike the newfangled hyper-logical ones, has emotions and intuition. These qualities make Dorian unpredictable and even dangerous. Not unlike John himself.

Almost Human (Monday, 7 p.m., Fox) is a wild ride of a cop series. It boasts cool gadgets and thrilling action, not to mention poignancy in the human/almost-human bond. Initially John scorns Dorian as "a piece of silicon and carbon fiber," but he comes to appreciate his new partner’s soulfulness. "I was made to feel," Dorian says during one of their arguments. "And I do. As much as you."

Of course, with "feeling" come problems. "There may be some bugs," warns the department’s android technician right before turning Dorian over to John.

It’s these "bugs" that make Almost Human such an affectingly human drama.

Ever since he became the world’s youngest heavyweight boxing champion in 1986, Mike Tyson has both attracted and repelled us. Mike Tyson: Undisputed Truth has the same effect. Directed by Spike Lee, this one-man stage show is 90 minutes of self-hatred and self-justification. The champ takes us through his nightmarish Brooklyn childhood and the many missteps that caused his downfall. "My low self-esteem takes over, fueled by my megalomaniac ego, and that’s an explosion ready to happen." 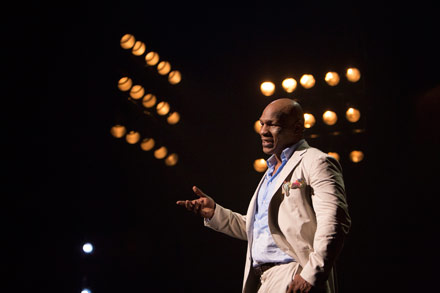 As ever, Tyson is the most reflective of boxers, exploring a lifetime of bad behavior. He can laugh about it, too, and you laugh along with him as he tries to explain his inexplicable decisions. You stop laughing when he turns from lashing out at himself to lashing out at others, particularly the women he’s come in conflict with. 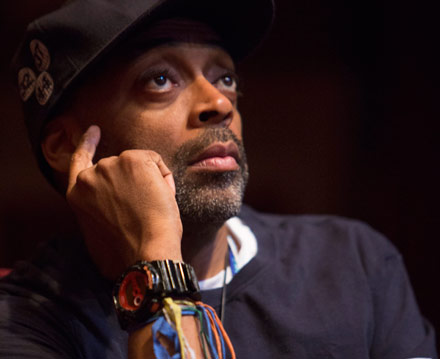 For a guy who has pondered so many of his own vile qualities, Tyson leaves his misogyny unexamined. Here’s hoping for another 90-minute one-man show devoted solely to this topic. I know I’d watch it.

This fact-based TV movie is about the presidential commission that searched for answers following the space shuttle Challenger explosion in 1986. A drama about a commission — sounds exciting, right? 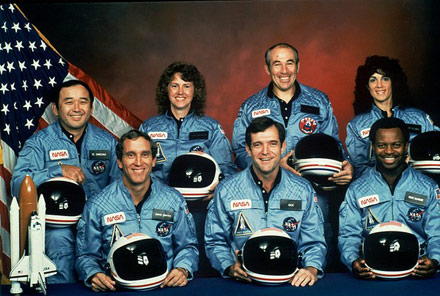 Against all odds, it really is. The Challenger Disaster is structured as a detective story in which an unconventional hero fights the powers-that-be to get the truth. Richard Feynman (William Hurt) is a Nobel Prize-winning physicist who applies his brilliant brain to the puzzle of what happened. President Ronald Reagan’s lackey William Rogers (Brian Dennehy) heads the investigation and wants to suppress evidence of government culpability. He soon learns he can’t tame the fiercely independent Feynman. 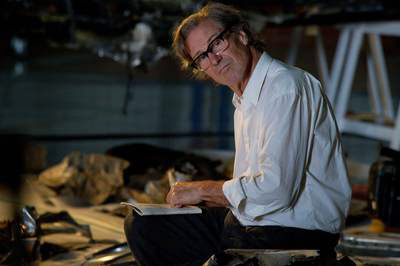 Hurt is magnificent in the role of an eccentric genius with uncombed hair and a blunt manner. Docudramas are usually populated by stick figures, but The Challenger Disaster takes its time with characterization. When you find yourself looking forward to the next commission-meeting scene, you know the filmmakers have done something right. 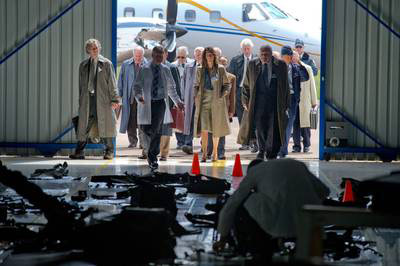 This documentary presents a panoramic view of that horrible day in 1963 when John F. Kennedy was assassinated. Narrated by Kevin Spacey, it patches together the available images and audio to create a sense that we’re living through the experience with the people in Dallas. Several key eyewitnesses offer testimony, including Jacqueline Kennedy’s Secret Service agent and the coworker who drove assassin Lee Harvey Oswald to the Texas Book Depository that day.

The most poignant images are those of Jackie, dressed smartly in pink. Her Secret Service agent’s recollections are so sad I can’t even bring myself to write them down here. In an audio clip, Lady Bird Johnson, the Vice President’s wife, remembers seeing her huddled over the President’s body as the motorcade pulled up to Dallas’ Parkland Hospital. She calls Jackie "a bundle of pink, like a drift of blossoms lying on the back seat."

It’s a rare poetic moment in an otherwise brutal documentary.

I promised myself I wouldn’t cry during this two-hour special, in which famous actors read from the 800,000 letters sent to Jacqueline Kennedy after her husband’s assassination in 1963.

Some writers pour out their agony, while others do their best to comfort the First Lady. A 13-year-old girl says, "I know you are well educated, but I still feel I could give you some advice. I’ve been operated on four times for polio…but I know you have problems too, so I will tell you my remedy for smiling and happiness. Always sing ‘You Gotta Have Heart’ from Damn Yankees, and I think you’ll be happy."

No way I could keep my not-crying promise after that.